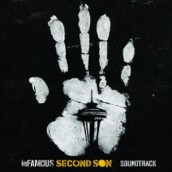 A Seattle video game superhero rocks out like Kurt Cobain

Sucker Punch’s grunge -powered game makes an electrifying leap to next-gen with SECOND SON the new INFAMOUS game that throws its slacker superheroes into Seattle environs to be pursued by nefarious government forces. It’s X-MEN meets Kurt Cobain if you will, which makes composers the decision of composers Marc Canham (FAR CRY 2), Nathan Johnson (LOOPER) and INFAMOUS 2‘s Brain to go for a Pearl Jam-charged action score right on the beanie-wearing, spray-painting money. Where other video game soundtracks might achieve their adrenalin through pure, and sometimes dull electro-beats, this trio employs thrashing guitars, echoed hollering and sweat-flying drum solos to hear super feats as a combination of exhilaration and rage against the machine – neon, smoke and video bolts as bursts of virtuoso acoustical attitude.

Angry guitar solos, percussive heavy metal, reversed samples and more eerily meditative pianos that not only get across grunge punks kicking ass against the powers that be, but also a futuristic science fiction atmosphere that befits a Space Needle city patrolled by lightning bolt jackboots. But best of all, SECOND SON‘s surprisingly thematic music feels truly authentic to a hero capable of blue good and red evil, its captivating grooves at once full of dissatisfaction and the exhilarating charge that comes from flying through the air and kicking government ass. Its music full of unplugged production value that sends SECOND SON into the PS4 realm with a bang for Sucker Punch’s super team, who can front for any Nirvana tribute band they’d like after this.

Click on the link to Purchase the INFAMOUS SECOND SON soundtrack