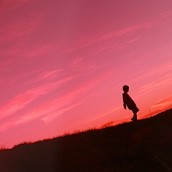 John Murphy now creates the score for your own alt. imagination

Many composers have re-purposed scores that either were tossed because they simply were too smart for the movie they were intended for, frankly didn’t work with the picture or became the victim of studio politics that shelved the scores for spite. But whatever the reason the music didn’t see the official light of day, that doesn’t mean it isn’t worthy of release on its own, whether it’s John Corigliano turning EDGE OF DARKNESS into “Music from the Edge” (on Perseverance), Jerry Goldsmith transforming the main electronic melody from his blackballed ALIEN NATION way down to earth as the jazz love theme for RUSSIA HOUSE or John Murphy now morphing his own sad instance of MIA music into ANONYMOUS REJECTED FILM SCORE. But where many tossed soundtracks are only superficially touched up, or used wholesale for their “new” incarnations, what Murphy has done here is to bring almost completely re-imagined new life into his work, making it even stronger as a tone poem that allows the listener’s own visual imagination to take over as its own powerful soundtrack.

Like such progressive English compatriots as Clint Mansell, Murphy drew on his rock background to create the criminally insane scores for such Guy Ritchie movies as LOCK STOCK AND TWO SMOKING BARRELS and SNATCH, an often funkily surreal melodic sound that also became a favorite of director Danny Boyle on MILLIONS, SUNSHINE and 28 DAYS LATER, the rock and roll zombie holocaust score that became Murphy’s breakout work – and whose alternately dream-like and menacing tone UNTITLED feels closest to. Like the best concept albums, ANONYMOUS  takes you on an emotional journey, beginning at “3:59 am” with a hummed, chillingly whimsical theme, whose female lullaby vocalese wouldn’t be out of place in a reboot of ROSEMARY’S BABY or SUSPIRIA. Murray has shown himself as a gifted musical texturalist ion such scores as MIAMI VICE and THE LAST HOUSE ON THE LEFT, introducing sound-effects like samples over the melodic intimacy of strings and pianos before kicking into edgy, angry guitar rhythms that build with a violent fever pitch – a signature vengeance-seeking groove that’s not only shown up in Murphy’s 28 WEEKS LATER and KICK-ASS, but has also become the movie trailer cue du jour for AVATAR, along with action builds that have been ripped off by just about everyone else. Murphy takes ownership of his simmering rhythm of the guitar heat back here with electrifying gusto in such tracks as “1-2-3-4,” topping them off with lush, melancholy string lines as he strikingly varies his main theme for the blistering epiphany of “Automatic,” even hitting a red alert trance groove with “How to Leave Your Body” along with a Theremin-like whistle. Though Murphy’s popularity for rock-driven scores like ARMORED tended to give his underrated orchestral talent less of a work out, ANONYMOUS also remedies that with the gorgeously haunting waltz of “Dead Ballerina.” A somber piano, soothing chords and strings play the poignancy of “Boy,” while “Sacrifice” uses ghostly electronic voices and strings to elegiac effect. Yet Murphy is also capable of brightness, as “California” has surprising sense of optimism in its female voice and strumming guitar theme, with “Fade to” giving the album a reflective, hopeful send off, compete with an organ and exotic, resplendent melody.

ANONYMOUS  is worth naming as it encompasses progressive rock and poetically symphonic tone poem into an exceptional, involving listen well apart from any movie it was intended for. Even using the word “rejected” in this album seems an insult to the obvious passion that John Murphy has poured into these tracks. That he’s mutated them into a whole other transfixing piece of musical art says much about an intensely thematic work that would do itself proud in any gutsy film lucky enough to have it.