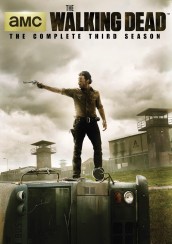 THE WALKING DEAD Season 3 Highlights this week in Blu-ray, DVD and VOD Releases 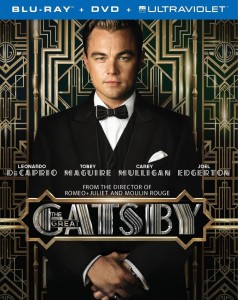 THE GREAT GATSBY – Expectations for this film were very high given the subject matter and that director Baz Luhrmann had conceived such interesting movies with MOULIN ROUGE and ROMEO + JULIET, luckily THE GREAT GATSBY delivers with an over-the-top look at the classic character and book from F. Scott Fitzgerald. Compared to any previous versions of Gatsby, this blows the lid off with a 3-D version that is high in style and amazing in costume design and visual effects. Plus, compared with previous versions there is a huge influx of action, explosions and, uh, rap songs. Yeah that bit is a minor beef with people considering this is the 1920s we are talking about but besides this it works. Leonardo Di Caprio is good in the movie as the millionaire Gatsby tutoring Nick Carraway (Tobey Maguire) in the realm of inhibitions and lavish expenditures all in the pursuit of the American dream. See it in high def and if you have a 3-D player, it is worth getting the 3-D version. 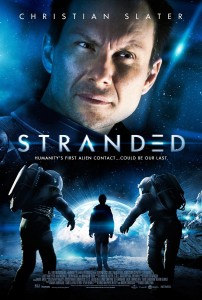 STRANDED – A decent low budget science fiction horror flick set on the moon where a colony has been established and the astronauts there must deal with a freak meteor storm that leaves them cut off from Earth. But when strange things start happening to the crew, they begin to realize an alien presence has taken shape and is mutating into shape shifting creatures killing everyone. Soon, the astronauts realize that they must stop the aliens from reaching Earth even if it means no one lives. While this is an ultra low budget movie, it has some decent moments of pain and anguish but don’t expect any solid acting and it drags a lot between something interesting happening. Obviously, they were going for an ALIEN vibe but it even as a clone it is really subpar compared to the classic. 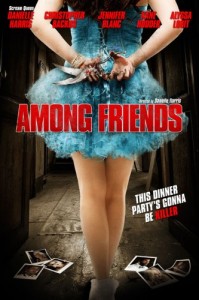 AMONG FRIENDS – A pretty good horror film from scream queen Danielle Harris in her directorial debut. A group of friends gather for an 80s themed murder mystery party but the catch here is that the host plans to make them all captives in a sick game where she reveals all the nasty secrets the friends have kept from each other throughout the years. So she drugs them and one-by-one tortures them after showing closed-circuit video of the wrongs they have committed against each other. There are some brutal scenes here and a really fun mushroom-induced flashback that holds a great cameo with Michael Biehn and Harris in her full classic Halloween clown get-up. While there is nothing new here, a nice slick horror film that has some brutal moments and some interesting cameos makes for entertaining watching and so it is worth checking out. 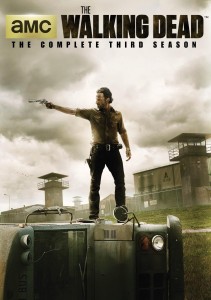 THE WALKING DEAD: THE COMPLETE THIRD SEASON – The prison. It is one of the focal points of the early issues of the comic edition of THE WALKING DEAD and one of the fan’s favorites. So when the TV show got to this point, there were high hopes. Mostly because of one mean and nasty character that is introduced known as the Governor. The Governor introduces a new level of evil outside of zombies attacking and wanting to eat your flesh – that man is far more dangerous because of what he has become as result of the dead coming to life. As the group led by Rick settles into their new place, a run in with the Governor and his town of people that he has kept safe brings an unsettling feeling that a war is brewing and tensions are at an all-time high. Those tensions erupt and loyalties are tested and friends are lost. While it doesn’t have the punch that it did in the comics and doesn’t exactly follow the same plot – actually not even close. It is still enjoyable and there is plenty of action that many say was missing from the previous seasons.

It also sets up an interesting fourth season that is coming this fall. In the comics, the prison is abandoned because it is no long safe and many of Rick’s crew are dead. In the TV show, the prison is still standing (at least at the beginning) and there are a slew of new characters that have arrived from Woodbury (the previous residence of the Governor). The Governor is still around and new characters are in plentiful supply. That means there is a lot of new meat for zombies at least one would assume. Still, this show has proven to be a winner and is always enjoyable and Season 4 should be no different. Here’s a great time to catch up on what you missed before Season 4 debuts. 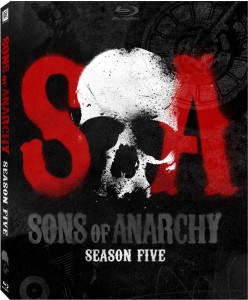 SONS OF ANARCHY: SEASON FIVE – SOA has a very loyal following and for good reason, the show continues to deliver and in Season Five the action comes fast and furious. At the beginning of the season Jax (Charlie Hunnam), the new SAMCRO president, finds himself surrounded by enemies on all sides while at the same time he must deal with a bitter betrayal from one of his most trusted bikers. This leads to a lot of plotting going on involving the dissolution of friendships (resulting in a brutal and powerful murder) and new alliances being set up in order to protect the club and Jax’s family. Along the way we see Gemma (Katey Sagal) fighting for control of her family and fending off a madmen bent on revenge. With a host of good stuff in the extras including commentaries, featurettes, outtakes and more this is one that fans will be clamoring for until Season Six debuts. 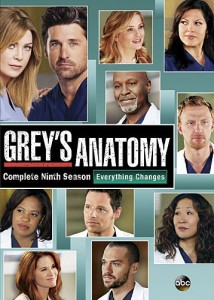 GREY’S ANATOMY: THE COMPLETE NINTH SEASON – They say that this is the season where everything changes but that’s not exactly accurate as it is still based in a hospital, there is still lots of drama and plenty of romance. The season opens with the ramifications of the plane crash that took the life of Lexie sending the other cast into an uproar. However, there are plenty of changes in terms of the romance with people swapping new partners and other people actually leaving the show and replaced with new, fresh faces. The show has been renewed for a 10th season so you can get more of your medical soap in the months to come and here’s a good chance to catch up on what you missed before the new season debuts this fall.