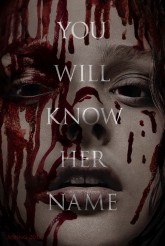 Most horror movie and/or pop culture fans can tell you that, decades before there was the Red Wedding, there was the Red Prom. Stephen King’s novel CARRIE was adapted in 1976 by director Brian De Palma and screenwriter Lawrence D. Cohen into a movie that earned Oscar nominations for actresses Sissy Spacey, as the title character, and Piper Laurie as Margaret White, Carrie’s hyper-religious mother. The film also scared the crap out of people at the time.

Now director Kimberly Pierce and screenwriter Roberto Aguirre-Sacasa have brought CARRIE back to the big screen (there was a TV miniseries in 2002). This new edition has more empathy for both Carrie (Chloe Grace Moretz) and Margaret (Julianne Moore) than did the original, but this is in no way a “reimagining,” as branding would like you to believe (Cohen is credited on this screenplay ahead of new adapter Roberto Aguirre-Sacasa, which means the Writers Guild of America arbitration committee decided there wasn’t enough substantially new material to warrant crediting Aguirre-Sacasa in first position).

Almost all of the big moments from the original are here: Carrie’s menstruation in the shower, the cruelty of her fellow high school seniors when it happens, Sue Snell’s repentance, the fatal events at the prom and the aftermath at the house, though this last has been tweaked in a way that’s a bit distracting without being particularly useful.

We now see that Margaret believed her pregnancy was cancer right up until she delivered her baby and that she almost committed infanticide. The bond between Carrie and her mother has been made much more loving. Margaret is still guilty of battery and child abuse, but Moore, the script and director Kimberly Peirce all show that she has genuine maternal instincts for Carrie, rather than being stuck in a permanent state of stern pseudo-rapture. Also, this Margaret self-mutilates – she is even harder on herself than she is on her child. We are angry at her, but we also feel real pity for her.

Moretz’s Carrie is still an innocent, but she’s a little more worldly than Spacek’s ethereal being. We can envision a luckier version of this Carrie joining up with the X-Men or the Tomorrow People or some other group of peers. Indeed, what we get in the new film is that the catastrophic events in the story are the result of a perfect storm of character missteps, rather than a really awful fate that was going to manifest itself one way or another. Both are tragic; which one is more effective/horrific is up to the viewer. Moretz and the filmmakers also bring a more deliberate, conscious quality to this Carrie, so that she is purposefully vengeful rather than simply operating on primal instinct. We’re asked to identify with Carrie more than we are told to fear her. Again, whether this or the older version is more effective is a matter of taste.

The filmmakers have fun with bringing CARRIE into the electronic age, with cell phone videos incorporated handily and vitally into the storytelling. In the supporting cast, Portia Doubleday plays the villainous Chris Hargeson with a surprisingly bone-deep sense of righteousness that makes her actually scary – she’s not just a mean girl because it’s fun, but because she really thinks she’s keeping the universe in order. Ansel Elgort makes Carrie’s prom date Tommy a kind, honest young man and Judy Greer is very sympathetic as good-hearted gym teacher Ms. Desjardin.

There is no way for this CARRIE to become a classic – it is far too close to the earlier film to escape its shadow. However, it works perfectly well and is worth seeing, except for those who abhor the whole notion of remakes. For them, De Palma’s version is still readily available.