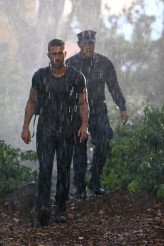 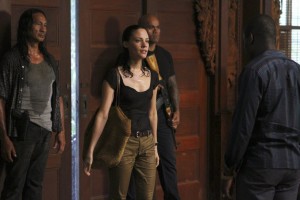 RYAN: The idea was a place where the early warning station was. Because it’s not just the submarine, it’s a submarine combined with this NATO early warning station that has eyes and ears and can see things coming. Basically, because of that, there’s no attack theU.S. can do that they’d be able to do quick enough that we [the heroes] couldn’t fire our nuclear weapons. And that’s the deterrent here, that’s what keeps theU.S. from destroying the submarine and destroying our cast. So we knew all along we wanted this early warning station and then it was determined to be on this island. And it was also a , where would we film this? Do you film inSouth Africa, do you film inAustralia? Once it was decided to film inHawaii, it became natural to say that it should be an island.