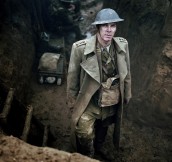 The helmer discusses her new project with Benedict Cumberbatch 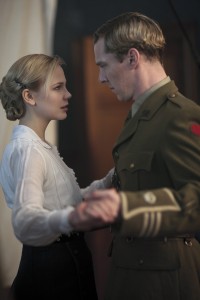 HBO’s five-hour miniseries PARADE’S END, based on a series of four novels by Ford Madox Ford, concerns the relationship between upper-class, deeply ethical Christopher Tietjens, played by Benedict Cumberbatch, his adulterous wife, played by Rebecca Hall, and the suffragette he falls for, played by Adelaide Clemens, before, during and after WWI. Running this Tuesday through Thursday, PARADE’S END has been adapted for the screen by famed dramatist Tom Stoppard, with all episodes directed by Susanna White.

White, an Englishwoman, got her start as a director on an episode of the BLEAK HOUSE series and has subsequently gone between feature films, episodics and miniseries. She takes some time following a press session to discuss her work on PARADE’S END.

ASSIGNMENT X: How did you begin your relationship with HBO?

SUSANNA WHITE: It really was from the time that I was brought in to meet with David Simon. It was shortly after I’d made BLEAK HOUSE for the BBC, and I came in and met him in London and we had a very similar take on the material, we both saw GENERATION KILL as a big road movie, and what always matters to me is that action should come out of character. And so that was the start to my relationship with HBO, and since then, I’ve gone on and done an episode of BOARDWALK EMPIRE and now this, and I have to say, they are the best people in the world to work with [laughs].

AX: Was the popularity of DOWNTON ABBEY – also a British WWI-era drama – any kind of a factor in PARADE’S END being greenlit?

WHITE: We came before DOWNTON, actually. PARADE’S END was commissioned ahead of DOWNTON, so it actually had no impact on us at all, I can truthfully say. It’s obviously the same time period and an upper-class world – less maybe of an UPSTAIRS, DOWNSTAIRS world than DOWNTON is. Ours is very much coming from the standpoint of being an adaptation of this big series of novels about Edwardian England, so we’re coming from a slightly different place as DOWNTON. I would describe it as DOWNTON ABBEY meets THE WIRE [laughs]. It’s [adapted] by Tom Stoppard and it challenges the audience in a very positive way, I think.

AX: There are a lot of battle scenes in PARADE’S END. Do you feel resistance to women directing action has lessened? Has the climate changed?

WHITE: I think I probably served my dues when I directed GENERATION KILL, which was about the American invasion of Iraq. That was when I encountered the most resistance, when people were saying, “Why is the woman who directed JANE EYRE being allowed to do this?” That really didn’t last long. I think the climate has changed, and actually, they were some of the calmer scenes to direct on this, because we had a hundred-and-forty-six different sets on the show, and when we came to do the trench warfare, we were actually in one place in Belgium close to where the real events had taken place, which was a very [emotional] experience for all of us doing it. We had a model of the trenches, and we were able to plan our shots with plenty of time, which was quite a different experience from the speed at which our circus generally had to move.

AX: You wound up in Belgium, but as production was centered in England, was there any kind of arm-wrestling with the financiers saying, “Do we have to go to Flanders? Can’t we just dig some trenches in Wales?”

WHITE: Well, funnily, it kind of worked out, because we knew we had to get further production money. It’s co-financed by the BBC and HBO, and it was such an expensive show, we had to find another co-production partner. So at one point, we were looking at filming in Canada, we were looking seriously at filming in Northern Ireland, and then Belgium came up as an option for co-production money. And it seemed like such a good fit, because it gave us locations for France, and gave us Flanders. So it was actually a practical solution, filming in Belgium. It was very, very moving being there on Armistice Day. We observed the two-minute silence where you would have heard shells going off at the time. Just in general, [the sets for] our trenches were very moving.

AX: What was your collaboration like with Tom Stoppard?

WHITE: It was fantastic. I have to say, as Tom has said, it was one of the happiest times. We had a very similar vision of the piece of work. I came onto it quite early. He was always there as a resource and it was fantastic, and he’s just such a generous human being, and incredibly down to earth, and just very good company. So not as scary as one might expect working with Tom Stoppard might be.

AX: There are four books in the PARADE’S END series and there are five hours to the miniseries. Was it an difficult to fit an entire book, give or take, into each hour?

WHITE: Well, actually, Tom mercifully had solved those problems before I came on board, so I actually came on when there were five scripts written, and I was sent them and fell in love with Tom’s adaptation, because, as you’ll see, it’s epic in its scale, it’s a big political piece of work, but it also at its heart has this great emotional story and at its heart, it’s a love triangle. But it also has tremendous humor about it. So it has everything one could wish for.

AX: Does the script have any of that famous Tom Stoppard wordplay?

WHITE: It does. It has a lot of verbal jokes. It’s got all the hallmark Stoppard qualities. It’s very funny in places. It has a lot of wordplay and all his cleverness. But at the same time, I think what makes it great is it’s accessible as well. It’s warm for Tom, I should say also. It’s a very emotional piece of work. And he really gets women.