The director/co-writer/producer talks about his NC-17 thriller 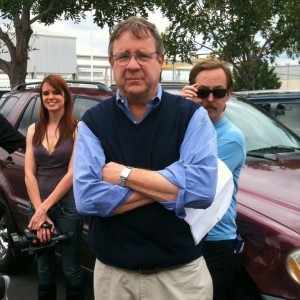 In Part 2 of Assignment X’s exclusive interview with Robert Nathan about LUCKY BASTARD, the NC-17 thriller set in the adult film industry that Nathan directed and co-wrote/co-produced with Lukas Kendall, the filmmaker talks working with the cast and about the movie’s themes.

ROBERT NATHAN: I knew we’d be tight on time during shooting. You’re shooting essentially at television pace, not feature film pace, because time is expensive. So a lot of the character development happened in long discussions with the actors before we started shooting. When shooting we’d rehearse a scene for camera blocking, rehearse it two or three more times to hear what it sounded like, then we’d shoot. Mostly we shot the rehearsals, too, because you never know when the right moment is going to come and you’re not going to be able to recreate it.

AX: How long did it take to shoot LUCKY BASTARD?

NATHAN: In number of pages per day, it was pretty much the same number of pages we shot on ER or LAW & ORDER. We prepped for three weeks and shot for ten days. People forget that before movies were about special effects, Hollywood made movies very quickly. GONE WITH THE WIND took forever but THE JAZZ SINGER in 1927 was shot in twenty-seven days. What helps most today is that shooting digitally is faster than shooting on film, because lighting takes about half the time, there’s no stopping to reload cameras, and we could shoot four cameras at the same time. It’s a simple rule of filmmaking. Time is more expensive than anything else — much more expensive than using more cameras.

AX: What did your actors bring to their roles in terms of input?

NATHAN: Every actor came prepared with an idea of who the character was and what the character’s arc was for the story. They knew what I thought and I knew what they had in mind because we’d talked about how they saw the character’s relationships with other members of the movie story’s “family.” So if they thought a scene didn’t work, Lukas and I looked at it carefully. The other thing is, it’s important to give actors space. They do more interesting work if they have time to find the rhythms of a scene. So I’m always listening to what they’re thinking. And going with their instincts to see what happens. If it doesn’t work, that’s what another take is for. One of the things we made clear at the start was that actors who didn’t like the performance they’d given should ask for another take until they were satisfied they had done their best work. 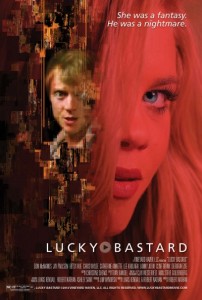 AX: Which was more difficult, choreographing the sex or blocking the violence?

NATHAN: First of all, it helps if you have a great cinematographer and Clay Westervelt is astonishing. I’ve worked with brilliant guys – Bob Elswit, Jonathan Freeman – and Clay is as good as it gets. He’s endlessly inventive and did the most difficult thing of all. He made it look like the actors were shooting the movie. So the blocking and choreography is a testament to his skill as both a cinematographer and a camera operator. About the violence – any significant violence takes place off-screen. You hear it instead of seeing it. So that was relatively easy to shoot. We didn’t have trouble timing gunshots because I just said “bang.” The sound of the gun actually firing came in the sound mix, and the gun wounds are all done digitally. The truth is, I’m nervous when real guns, even altered ones, are on a set. I’d rather have a fake gun and add the sound and visual effects later. You know, we’re making a movie, not curing cancer, and I don’t see any reason to risk an actor’s life to make a movie.

The sex was more work, but since there isn’t much of it, and since it’s all simulated, the blocking was less difficult than it could have been. Nobody’s actually having sex, so there’s nothing for the camera to see anyway. The only problem with shooting sex scenes, because they’re not real, is the actors’ comfort with nudity. Since there isn’t much nudity – maybe six or seven minutes out of ninety – the actors were fairly comfortable. I’m always surprised when people talk about how much nudity there is. It’s amazing. To some people in the audience, a minute of seeing a naked body seems like an eternity. And in this movie it’s not prurient or even designed to be sexually exciting. We’re making the point that these are p**n stars filming sex most of the time, that it’s a performance. Inside the film’s story, the p**n “actors” are joking about getting through sex scenes, because for them it’s just another day at the office. That tends to make the sex not prurient at all. It’s just people naked.

NATHAN: You’ve put it in a way that I haven’t thought about it. Below the surface of the suspense story, I realize now that those two subjects are intertwined and inseparable. The movie isn’t about one or the other. It’s how one is related to the other. The film talks about sexuality and people’s clashing expectations of what sex is and means. The film company has one idea of what a fantasy is, and the outsider has another idea about the same fantasy. It speaks to how complicated sexuality is. Josh, the p**n star played by Lee Kholafai, at one point says we all have sex in our heads anyway, that all sex is essentially a fantasy playing out in the act itself. There’s some truth to that and it ties those two ideas – sexuality and the characters’ clashing expectations – together.

AX: Did you have any advice/input from adult industry professionals?

NATHAN: I read interviews with p**n entrepreneurs about what they thought of the “product” they’re making. It told us what Lukas and I already thought. They’re people making a living. Lukas and I met a p**n star who, if I introduced her to you at lunch, you’d think was just another nice suburban mom, although a very shapely one. She’s a level-headed businesswoman who essentially said, “Where else am I going to make this kind of money?” Anyone who thinks all p**n performers are drug addicts and lost souls is missing something in our society. This industry is often about savvy people who know there are very few places they’re going to make five hundred or a thousand or two thousand dollars a day. And it’s about entrepreneurs who aren’t beholden to organized crime for distribution, the way they were in the days of p**n theaters. P**n is distributed on the net. We know who owns the Net. They’re all listed on the New York Stock Exchange.

AX: How did you go about getting/doing distribution?

NATHAN: We want to briefly platform the movie in two or three cities before we push for wide distribution. Independently-made movies without recognizable name stars, especially ones rated NC-17, as we are, can get dumped into the marketplace without careful attention. Even if you have Matthew McConaughey in an NC-17 picture like KILLER JOE, or SHAME with Michael Fassbender, if you want to find your audience, you have to cultivate it carefully. Also, we haven’t been shown yet at the two festivals, one in Europe and one here, that have already taken the move in competition, and we’re waiting to hear from other festivals. This isn’t a movie for everyone. It’s for grown-ups interested in the strangeness at the edge of our culture. It’s also for young people who don’t find the setting all that shocking. I mean, anyone under thirty has already come of age in a p**n-soaked society. They can see the movie on all of its levels, both as a thriller and as a comment on turning sex into a commodity.

AX: What would you most like viewers to get out of seeing LUCKY BASTARD?

NATHAN: You know, I have a very personal view of what this movie is really about, and I don’t think it’s fundamentally only about its obvious themes – sexuality as a commodity and humiliation as entertainment. I want the audience to think about those things and how they corrupt us, how they cheat us by catering to the worst in us. But for me, there’s something that transcends that. I’d like the audience to walk out thinking that they were prepared to dislike these characters, to feel superior to them, that maybe they even started out disliking them at the beginning of the movie, but at the end I want the audience to realize that as people, we’re not all that unique. We have more in common with each other than we think, or want to think. If the audience walks out thinking, “I see that these people are just like the rest of us, people struggling with life and trying to make a living and carve out a place in the world for themselves” – if somebody walks out and feels that, feels they have a common humanity with these people, then I think the movie has done something worthwhile. Why do we make things, TV shows or novels or movies or songs or anything? We want to communicate what’s important to us. And that’s what’s important to me. That we should be very slow to judge other people as better or worse than us. Quoting Jesus is going to get me in trouble, but I guess He said it best. “Let he who is without sin cast the first stone.”