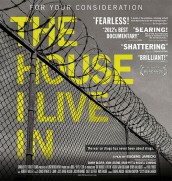 ©2013 PBS
THE HOUSE I LIVE IN
Interviews

Exclusive Interview: Director Eugene Jarecki on THE HOUSE I LIVE IN 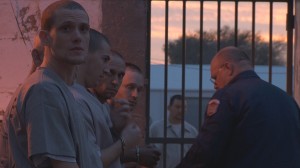 Inmates at Oklahoma State Reformatory in Granite, OK featured in the documentary THE HOUSE I LIVE IN | ©2013 PBS/Derek Hallquist

THE HOUSE I LIVE IN, filmmaker Eugene Jarecki’s documentary about the “war on drugs” in the United States, won the Grand Jury Prize for Documentary at the 2012 Sundance Film Festival. The film posits that criminalizing drugs does nothing to stop the drug trade and indeed may be making it worse; it is inarguably filling up prisons beyond capacity. THE HOUSE I LIVE IN was released theatrically in 2012; PBS is airing it Monday night, April 8 (check local listings for time) as part of the network’s INDEPENDENT LENS series.

Jarecki is committed to showing THE HOUSE I LIVE IN to as many people as possible. At a PBS event for the press, he proves happy to discuss his work.

ASSIGNMENT X: How much of the “war on drugs” do you think is conducted by people who really believe that the way it’s currently being handled is the appropriate response and how much by people who have more cynical motives?

EUGENE JARECKI: I think after four decades and a complete record of failure, the war on drug has almost no defensible proponents. There’s almost no one left who could possibly argue against all odds that there’s merit in this. When I went around the country, looking [for participants] in my film – you want sparks to fly in your film, so you want point/counterpoint. You want protagonists and antagonists. It was incredibly hard to find people who would support this system. I kept going to people on the inside, thinking, “Finally, this tough-as-nails prison guard, he’ll tell me why it’s important to lock these people up and throw away the key.” Within thirty seconds, he was describing what he does as similar to Nazi Germany. And I’d go, “Wait, cut, cut. You’re supposed to be my bad guy, you’re supposed to be my tough-as-nails guy.” There are none, because they all know after decades that this is a complete failure and so now what you have is a question – if it has a record of total failure, if those who are working within it know that it’s broken, why is it continuing, against common sense? And that’s where you end up with economics and bureaucratic thrust.

Basically, you have millions of people in this country whose livelihood is dependent on a machine into which you feed human beings, and out comes money and political gain. That machine is a predatory monster that employs these people, and so they engage in what we all know to be the case of how civilizations go to hell in a hand-basket. They engage in that silent acquiescence to evil that paves the way toward wrongdoing, and so they’re really just subtly supporting it, they’re not actively out there promoting it, they’re just giving it the tacit approval of making their living from it. And so at the end of the day, by shedding light on it, you bring that out into sort of the broad naked light of day, you make it impossible to continue the business as usual that tacitly perpetuates such a predatory monster as this. That’s what I think is most crucial.

So by making the film, one of the reasons I think we’ve had such a strong response to it so far is that it is tapping into a basic recognition this country has already arrived at, that the war on drugs is a complete failure. The question now is, how can audiences be marshaled by hard-working, long-distance runners for justice into thinking, “Well, what now to do about it? How do we move to the next place?” And I’ve found overwhelmingly – and this has been very inspiring – that the people involved in it on the inside are my allies in trying to have that reform happen. So when you ask who is really advocating its perpetuation, it is running on the fumes – it’s an empty tank that’s running on the fumes of when it was vibrant. And those fumes are now causing it to sputter. And so the victories that we saw here in California and Washington [State] and Colorado, and now a new one in New York, where a judge has ruled that “stop and frisk” is unconstitutional, these are just the first four sort of strikes against the system that we’re seeing, and it’s beginning to unravel under its own weight. So the film is meant to be a force multiplier to that already shifting zeitgeist.

ASSIGNMENT X: Do you foresee doing a follow-up to THE HOUSE I LIVE IN?

JARECKI: Yes. We [Jarecki and his filmmaking partners] foresee doing a series based on the film – we’re planning to do a dramatic series based on the real characters in this. That’s something that we’ve just entered a negotiation about that I can’t talk too much about, but at the end of the day, that series will keep it in the minds of the American people as an ongoing thing, rather than running the risk that it comes and goes in the time period of a film, and so that’s the primary thing. Other than that, I’m not making any more films at all until I exact more change on this subject.

AX: What do you do when you’re not making films?