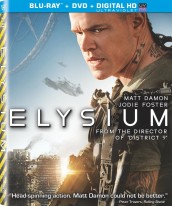 ELYSIUM Highlights this week in Blu-ray, DVD and VOD Releases 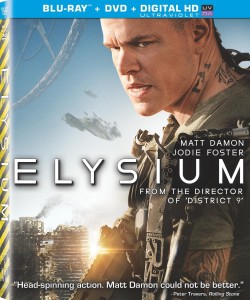 ELYSIUM – Neill Blomkamp made a huge splash when he directed DISTRICT 9 a few years ago. This is his follow-up – another science fiction epic set in a distant future where the Earth is no longer the habitable place we enjoy today. ELYSIUM is very ambitious. It packs a lot of ideas, visuals, action and thrills into a very slick looking, glorious CG looking world along with some solid acting from Matt Damon, who stars in the lead. This must be the week where I go against what most critics say as this got a lot of negative feedback because it was too preachy or the plot too weak. The plot is rather basic: rich vs. the poor. The switch is that the poor live on a wrecked Earth while the rich have moved into space on Elysium a ginormous orbital platform designed to re-create Earth but cleaner and less of the unwashed masses.

Still there is no denying that ELYSIUM is filled with goodness from the pull no punches brutality, to the high quality CG and robot models, which are lifelike to a point like you have never seen. Really good sci-fi entertainment and unless you believe in Hollywood’s grand plan or agenda of politics or some nonsense you should enjoy this. Also, this is a must on Blu-ray otherwise you miss out on the sheer awesomeness found inside. 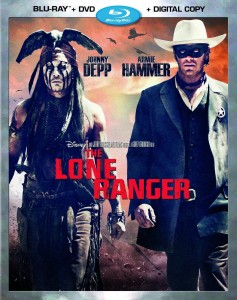 THE LONE RANGER – As much flak as THE LONE RANGER got when it debuted in theaters you’d have thought it was the shallowest, gratuitous, lame pile of s*** you’d have ever laid eyes on. Personally, I think the critics got it wrong. In fact, I enjoyed THE LONE RANGER far more than any PIRATES OF THE CARIBBEAN movie mostly because Armie Hammer’s Ranger isn’t this dashing, brave or awesome individual trying to bring justice to the Old West but he’s weak, scared most of the time and confused by anything that is outside of his comfortable lawyer desk. This isn’t an attempt to honor the old TV show and it shouldn’t be that would be terrible and boring. This is a retelling of the characters with modern action sequences and big budget special effects and it works. Lots has been said about Johnny Depp’s portrayal of Tanto but surprisingly Depp is very good in his half depressed/half mad native American looking for revenge against the men who killed his tribe. So ignore what the critics say and if you enjoyed PIRATES or Depp films in the past you will enjoy this no doubt. 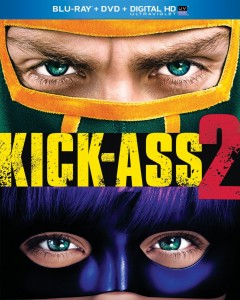 KICK-ASS 2 – Again, I liked this movie. The critics did not. Yes, it is the same film as the first one just with different players and action sequences but it is still fun, funny and at times incredibly brutal. Once again, Kick-Ass (Aaron Taylor-Johnson) enlists the help of Hit Girl (Chloe Grace Moretz) to become a better superhero. But after her father died, Hit Girl promises her new guardian not to fight crime anymore. So Kick-Ass finds a new group of wannabe heroes that inspired by Kick-Ass form a crew to fight evil in the world. But the former Red Mist is developing his own crew of evil in order to get revenge on Kick-Ass for killing his father. It is silly and plot is basic but the action is fun and there is a general sense of having fun in this movie that can’t be ignored and yes there is unapologetic violence but that’s always OK in my book. If you liked the first, there’s no reason you won’t like this so once again ignore the critics, check it out for yourself. 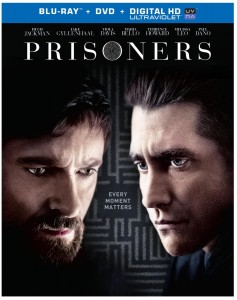 PRISONERS – This is a crazy thriller and for anyone that has children it hits that much closer to home. During Thanksgiving, Keller Dover’s (Hugh Jackman) daughter goes missing along with her friend. As panic sets in, the police head up an investigation but there only lead is set free because there is not enough evidence to hold him. Dover knowing that every moment his child is missing is a step closer to tragedy, feels as if he has no choice but to take measures into his own hands doing terrible things despite knowing if anything he is doing is helping the situation. Also starring Jake Gyllenhaal as the local detective looking into the missing girls, this is a thrill from start to finish and one that will keep you guessing about what is really happening and who is really the bad guy the whole way through. This was well received so I guess I didn’t go against all the critics this week in that I enjoyed PRISONERS in a lot of ways and these type of films that do thrills and menace well are few and far between and this is a doozy. 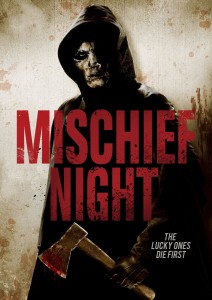 MISCHIEF NIGHT – This is the killer terrorizes a blind chick trope. MISCHIEF NIGHT is horror-lite, which for some might mean they want to check it out. There isn’t a lot of blood, zero gore and no nudity/sex. The night before Halloween is Mischief Night and a killer – that we see play cat and mouse games with a couple in the opening sequence and ends up killing them – has his eyes set on a young, blind Emily who has had the psychological condition since she was in a car accident that killed her mother. After being left initially alone and terrorized, Emily’s boyfriend and aunt show up to get equally terrorized by a killer that enjoys teasing his prey before 86ing them. Not bad but it plays more like a SyFy horror flick than a direct-to-video one. Still, there is far, far worse horror films in the world, which I guess is a compliment.