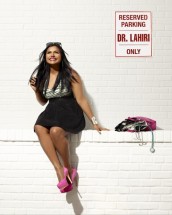 A not very funny work-in-progress 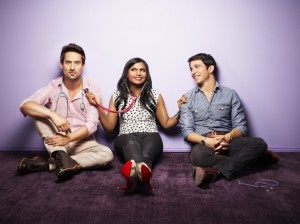 Mindy Kaling is a love her or hate her performer. As a writer and actress on the long-running THE OFFICE, she was great in short spurts as the self-absorbed Kelly Kapoor.

Now that’s she’s branched off and created a new series for herself with THE MINDY PROJECT, it’s clear Kaling is sometimes better in those small spurts.

I know there are many people who absolutely love this new series, unfortunately, I’m not one of them. Forced, annoying and a bit choppy in parts, it needs more work before it can hope to achieve the heights of THE OFFICE let alone be a perfect match for NEW GIRL.

That said, Kaling was wise to tone down her annoying Kelly antics and has crafted a well-rounded and flawed character. She plays Mindy, a hopeless romantic and OB/GYN who is looking for love in all the wrong places. Her romantic ideal comes from watch Nora Ephron movies and things have not been working out.

The “Pilot” episode navigates this uncomfortable love life, and all its various pitfalls and also features some nice guest turns by SATURDAY NIGHT LIVE’s Bill Hader and THE OFFICE’s Ed Helms.

The supporting cast is interesting, though a little under-developed as well. Kaling knows her strengths and weaknesses as a writer, and she’s come up with an interesting premise to let her showcase what she does best. Unfortunately, I wasn’t engaged with the series enough nor did I feel there was a strong enough direction to make this first episode work for me.

I think, with time THE MINDY PROJECT could actually succeed. Like many of the new fall comedies, the ingredients are there, they’re just not fully cooked. So, for the time being, THE MINDY PROJECT remains a work-in-progress, just like Kaling’s character on the show. Hopefully the show and the character find themselves before it’s too late.