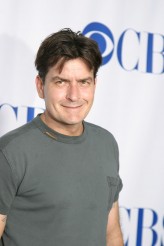 Even though FX has picked up the new Charlie Sheen sitcom ANGER MANAGEMENT created by Bruce Helford, President and General Manager of the FX network says that he was initially skeptical of the pitch before he heard it.

“Charlie was there, as was the creator and showrunner and it was really an excellent pitch,” says Landgraf. “It’s funny, complicated and the character Charlie ought to be playing at this point. He’s playing a character who has a checkered past and wants to do more positive things in life. He has a complicated relationship with his 13-year old daughter and a good relationship with his wife and best friend.”

Since the series exists with a different business model – Lionsgate foots a bulk of the bill, ten episodes are made, if it hits a certain ratings threshold, 90 episodes are produced over a two year period — Landgraf says sometimes you have to take risks in this business like this even without seeing a pilot.

“We don’t like to go to series without making pilots and even some premium networks have switched over their process to go directly to series,” says Landgraf. “I believe in the pilot and you learn tons, but the model is the model and it’s a very inexpensive series. We don’t have the same level of creative input and control like we have over our original series. Lionsgate is putting a very substantial deficit into the show and is a very substantial partner. We’re a network that likes to take risks.”