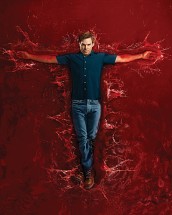 At the Showtime TCA 2012 Press Tour, Showtime President David Nevins hinted he wouldn’t turn down the opportunity to continue DEXTER after what is intended to be its final two seasons.

“What I’ve said before is likely two years, but I’m not making any announcements today, and I think plans can always change,” says Nevins. “I think everything has gotten rewired this year in a very interesting way. Given that Deb [Jennifer Carpenter] has to deal with who her brother is, everything changes. So we’ll see where that carries it.”

Later, during the Showtime session for DEXTER, series star Michael C. Hall feels like the end is coming, though he too is cautious to call this the end.

“It’s difficult in the midst of shooting this seventh season with some sort of at least vague sense that the final episode of the eighth will be the last to imagine it going beyond that,” says Hall. “But you know, we finished the first season and I thought we should probably just stop. ‘What are you going to do now?’ So I don’t know. I would never say never, but I think the sense is that we’re moving towards a definitive end.”