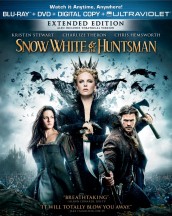 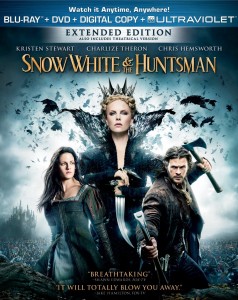 SNOW WHITE AND THE HUNTSMAN – While Kristen Stewart got some flak for her performance in SNOW WHITE due to her constant ability to not show any emotion (Internet meme anyone?), it is the performance of Charlize Theron that you should check out SNOW WHITE AND THE HUNTSMAN. Is it possible to lust after and be completely disgusted by the same actor in the same scene? Yes. Watch the movie. Theron is pretty amazing in her role as the evil queen that spends all day ravaging small villages and fiefdoms while asking a possible imaginary mirror if she is the fairest of them all.

As this is obviously a mature telling of the classic Disney parable, some might be offended by the nature of the violence, the inclusion of massive CG battles and seven very dirty (in more ways than one) dwarfs, it somehow works and is not a bad action flick. Oh and Chris Hemsworth (from THOR) is in it as the Huntsman and does a serviceable job. But Stewart is probably the one sticking point as either she just didn’t bother to show up, didn’t care about the project, or just can’t act her way out of a paper bag. The Blu-ray version of the movie includes an extended edition of the film, a digital copy (which is always cool), five featurettes, an audio commentary and more. 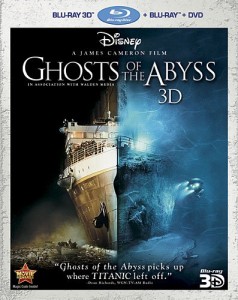 GHOSTS OF THE ABYSS – Whether you like him or not, there’s no denying that James Cameron is a force to be reckoned with in Hollywood. Not only did he capture the title for the highest grossing movie in TITANIC (which will probably be surpassed by AVENGERS), he ushered in an entirely new (albeit old) way of delivering movies to the big screen by presenting the super popular AVATAR in 3-D. Cameron returns to the 3-D experience and Titanic with GHOSTS OF THE ABYSS. Along with a team of Russian and American scientists (as well as actor Bill Paxton), Cameron returned to the wreckage of the doomed ship in order to capture what remains of the luxury liner some 90 years after it sunk. It is a fascinating look at the ship captured with technology never before available and giving us a look at the once-great ship providing spooky images of what once was the biggest and best passenger liner in the world. 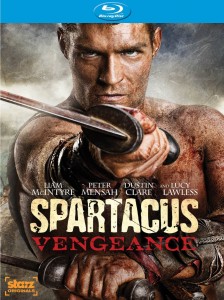 SPARTACUS: VENGEANCE – THE COMPLETE SECOND SEASON – Starz has been slowly building up its stable of original programming with a whole bunch of hits and good programming. But one of the first is still one of the best. SPARATCUS: VENGEANCE picks up where the first season left off (after a season that was a prequel due to casting problems with the death of Andy Whitfield) with the gods of the arena having dispatched their masters and seeking to unity slaves everywhere against Rome. What follows is season of brutality, loads of great nudity (Viva Bianca indeed) and some great character deaths that set the stage for a third season that will no doubt have the television dripping in CG blood. I can’t wait to see how the third and final season resolves everything but as long as the blood, gore and boobs keep flying well, I’ll be watching. One of the most underrated action shows on TV and you should check it out. 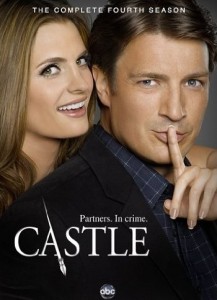 CASTLE: THE COMPLETE FOURTH SEASON – I have a special place in my heart for Nathan Fillion, as I’m sure many do, because of his work on the doomed FIREFLY television show. I loved him also in SLITHER and he’s been a regular in DC Comics animated series. Yeah, he’s a huge hero to the nerds. I’m totally not denying I’m a nerd, I embrace it. CASTLE isn’t anywhere close to a nerd show but Fillion is still at his comedic/action best as the unlikely partner to a female cop. Surprisingly, CASTLE is full of mythology and Season 4 had it in spades with Beckett finally getting answers about her mother’s death. All 23 episodes from the fourth season are included here in order to get you ready for the fifth season coming in the fall. A nice host of special features are also included that fans will enjoy. 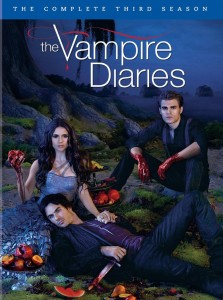 THE VAMPIRE DIARIES: THE COMPLETE THIRD SEASON – Whoever calls this a TWILIGHT rip-off obviously hasn’t been watching the series for three year. One episode contains more depth in it than those famous movies. The thing that separates this from other vampire shows is that it is rich in its tradition and does not shy away from hyping up the mythology with numerous period piece episodes explaining some of the actions that are happening in the current time. If anything it is a tame TRUE BLOOD because of the history of these vampires and the deep seated grudges, romances and relationships they have among one another. Of course, it doesn’t hurt to have a great looking cast and some top notch settings that make everything look better. It is fall, that means Season 4 is just around the corner. Time to catch up on what you missed or get a refresher on what happened. 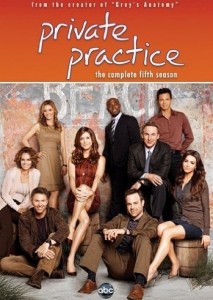 PRIVATE PRACTICE: THE COMPLETE FIFTH SEASON – The sixth season of PRIVATE PRACTICE will be the last of the series. Kate Walsh announced that she would be leaving the show recently and that pretty much put the kibosh on continuing the show – originally a spinoff of GREY’S ANATOMY. The sixth season will also be truncated to 13 episodes in order to give it a proper sendoff. Luckily, you can relive the full season of the show in the fifth release of series onto DVD. There are some decent bonus features in the set including a featurette and blooper reel. If you have bought the other seasons, you should get this, otherwise hold off until the complete set is released. 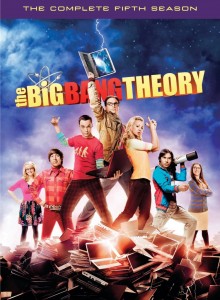 THE BIG BANG THEORY: THE COMPLETE FIFTH SEASON – This show has been everywhere since it reached the magical 100 episode number and got syndicated. I can’t turn the freaking channel without seeing these characters pop up. It is annoying. However, there’s no denying the fact that show is extremely popular – displacing TWO AND A HALF MEN as the top comedy. The series, of course, follows two nerdy roommates and their equally nerdy friends that live next to an über hot chick that one of them somehow manages to land. Completely unrealistic. Remember the part about me being a nerd? Yeah, I know how unrealistic. In any event, if you want to catch up on what you missed here’s your chance before the sixth season returns this fall.