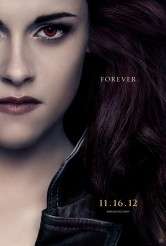 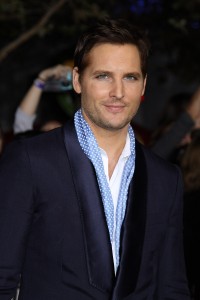 While speaking to the press about THE TWILIGHT SAGA: BREAKING DAWN – PART 2 at the 2012 San Diego Comic-Con, Kristen Stewart (who plays Bella Swan) reveals that she will miss the franchise now that the movies are complete.

“Yeah, it is funny, if you told me tomorrow we had to reshoot some scene, I would be so happy I would start giggling and start vibrating, because I do really enjoy hanging with them and we got to do it for four years,” Stewart admits. “And everything I have, and I can say the same for these guys, when you do that, even though it’s kind of a bummer to walk away, I look back on it so fondly. I hold it. It’s something I will always have and I’m really thankful to that.”

Peter Facinelli who plays Dr. Carlisle Cullen who the vampire Cullen clan, reflects back on the experience and loves how passionate the fans remained about all the books and films.

“I remember being in line for SUPERMAN IV and waiting in line all the way around the block and it’s amazing all these people waiting to see these movies,” says Facinelli, relating it to TWILIGHT and the fans who camped out for days to see them in Hall H at Comic-Con for the BREAKING DAWN – PART 2 panel. “And you come to Comic-Con and people come out for days. It puts things into perspective of how amazing movies are, not just TWILIGHT, but movies in general and how it can bring people close together for something they’re passionate about – and where they make friends. Any time something can bring people together in a positive ways in a great thing.”

Nikki Reed who plays Rosalee Hale in the films feels the same way, and she also reflects that this being the last movie they’ll be attending Comic-Con to promote, it’s somewhat bittersweet.

“It’s a different energy this time around, because this is the last one,” says Reed. “It’s a different appreciation especially seeing a lot of familiar faces. It’s not like we haven’t seen some of these people before, but the interactions and exchanges are different.” 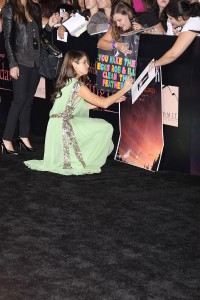 Reed brings up greeting many of the fans waiting in line for the panel last night at the Con and graciously signing autographs.

“It was very calm last night and everyone felt really grateful,” says Reed. “And I think I speak for everyone, we’re all beginning to recognize how unique and special this has been. We live in a time where capturing someone’s attention for more than a second is really impossible and yet the fans have stuck with it and this entire experience is because of them. You can’t help but do you best and show up at night to sign stuff.”

Related:Exclusive Photos from THE TWILIGHT SAGA Handprint and Footprint Ceremony