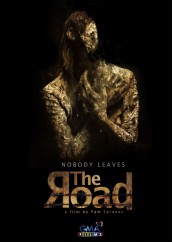 Unscary, sadistic and pretentious is not a good mixture in any language

Director/co-writer Yam Laranas’ film THE ROAD – not to be confused with the adaptation of the Cormac McCarthy novel, starring Viggo Mortensen – has a couple of notions with possibilities. Certainly it’s beautifully filmed – Laranas also served as the cinematographer – with the consequence that the whole enterprise is very atmospheric. Atmosphere counts for a lot in the horror genre, but it can’t wholly compensate for unlikable characters, plot holes, uncommonly bad staging and, to top it off, the fact that this ghost story/psycho thriller is sometimes disgusting and sometimes just dismaying, but never frightening. Add to this the sense that the filmmakers think they are saying something profound when instead they are tilling unfertile ground, and the result is one of cumulative irritation.

In 2010, three Filipino teens, none of them old enough to qualify for a driver’s license, “borrow” a parent’s car and do a test run on an isolated road. The road is not well traveled, for good reason. As police look into the fallout of this ill-fated test run, a woman comes forward, claiming her two young daughters vanished on the same road twelve years earlier.

This all has the potential to be unnerving and original, but Laranas and his co-writer Aloy Adlawan (the writing credits here are ambiguous, with Laranas getting “written by” and both Laranas and Adlawan credited with “screenplay”) create characters who consistently do the obviously wrong things while speaking cliches. Granted, the dialogue is in Tagalog, subtitled into English, so perhaps this last flaw is simply bad translation, but it doesn’t explain why youngsters in an unfamiliar environment and feeling under siege decide to split up. (Nobody needs to be a committed horror movie watcher to know this is a bad idea.)

Also, while it may sound good in theory, going back to the origins of what caused someone to turn evil in childhood needs skillful handling. Otherwise, you wind up with Rob Zombie’s HALLOWEEN remake, which attempts to psychoanalyze little Michael Myers. The effect is sort of the same here, with the difference that the living villain here tortures minors at some length. This gives THE ROAD an added “ick” factor that isn’t present in, say, HOSTEL, where the characters are young, but still adults. Moreover, even in HOSTEL, there is a character who takes action, instead of having all the characters being endlessly victimized.

Then there’s the matter of the ghosts on the road, who don’t seem governed by mythological rules or coherent timing. A major revelation doesn’t have the desired impact because it lacks visible consequences and the overall structure seems much more designed simply to fit together than to provide a sense of discovery or any strong emotion.

Again, as cinematographer, Laranas creates some lovely imagery, and there is enough content here to make us see unrealized possibilities, but overall, this ROAD is a long haul.