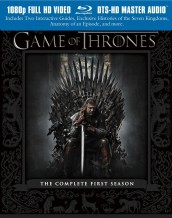 GAME OF THRONES: THE COMPLETE FIRST SEASON on Blu-ray Highlights this week in DVD and BD releases 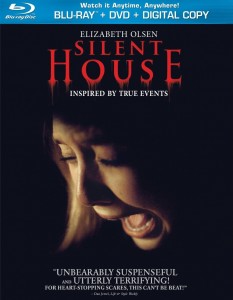 SILENT HOUSE – The best thing that can be said about SILENT HOUSE is that it continues what appears will be a nice little career for Elizabeth Olsen (sister to the Olsen twins from FULL HOUSE). Hopefully she continues to take interesting roles that will challenge her. Her role in MARTHA MARCY MAY MARLENE was one that was out of the ordinary to say the least. Here the movie matter isn’t nearly as enjoyable even if Olsen is actually quite good as the protagonist stuck in a creepy house with lots of strange sh** going down over and over again. This was the film billed as a real time horror flick where everything happens in the hour and half that the movie takes and while that is a cool aspect, it just isn’t scary at all and the twists that are thrown in leave you scratching your head in a bad way. Netflix at best. 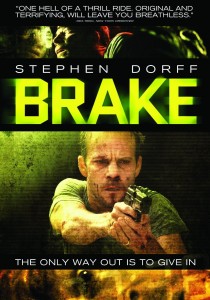 BRAKE – A pretty good thriller about a secret service agent that is kidnapped, drove around in the trunk of a car in a plastic box and forced to reveal information about the President of the United States’ secret bunker that he is taken to in times of emergency. While you can see one of the twists coming, one of the other twists is actually pretty good (even if also a bit predictable). While the film takes place from one central perspective (and it’s inside a box inside a trunk), it remains a pretty tout thriller with the tension mounting with each passing moment. Worth checking out. 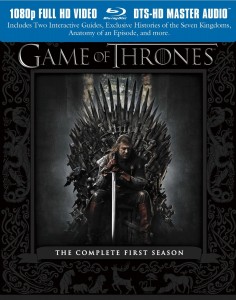 GAME OF THRONES: THE COMPLETE FIRST SEASON – While the second season of HBO’s amazingly brutal and extremely enjoyable GAME OF THRONES just ended, the first season of the show is being offered up again, this time in full high definition Blu-ray. This is a great chance to see what everyone has been talking about and what you have been missing if you don’t subscribe to the pay cable network. The first season is all about intrigue and political posturing that ends with some brutal and surprising twists that unless you read the book, don’t see coming. But warning this series is for adults only as it contains vast amounts of violence and nudity. The Blu-ray version includes all the legacy special features from the originally DVD release as well as hidden dragon Easter eggs and three exclusive featurettes. 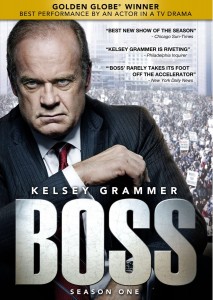 BOSS: SEASON ONE – Starz has been slowing building its portfolio of originally programming quite well with SPARTACUS, MAGIC CITY and more. BOSS is an unlikely hit about a corrupt mayor (played by Kelsey Grammer) that rules the city of Chicago with an iron fist but also with deception and scandal. But the populous doesn’t seem to mind as long as he gets the job done. However, he has a secret of his own that a brain disorder it making everything harder and his judgment in who he confides in is faltering. It is a very interesting series that is unlike anything else on television and gripping TV that only pay TV seems to be able to deliver. Check it out before Season 2 comes on board in August. 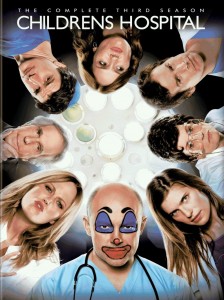 CHILDREN’S HOSPITAL: THE COMPLETE THIRD SEASON – Adult Swim’s least professional hospital on television is back on DVD once again for another 14 episodes from creator and star Rob Corddry. The show is pretty outrageous as the doctors and staff try to find a way to help sick kids in whatever way possible. Now this does include doing some crazy stuff including getting naked, donating organs, shooting adult films and doing drugs. Yeah, least professional may be an understatement. The series also stars the very hot Malin Akerman and Lake Bell, which is always a nice treat when we talk about people disrobing.