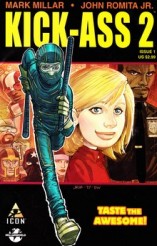 The Red Mist returns, but with a new, unprintable name 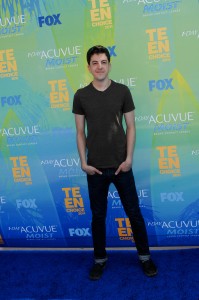 Even though the original Matthew Vaughn directed 2010 movie KICK-ASS (based on the Mark Millar and John Romita Jr.) didn’t make a mint at the boxoffice, KICK-ASS 2: BALLS TO THE WALL is on its way and co-star Christopher Mintz-Plasse is thrilled.

“The budget is cheaper,” says Mintz-Plasse talking about the new film while promoting his new animated film PARANORMAN at Comic-Con 2012. “It made money, but not a lot of money so we all took a cut because we wanted to make it.”

In KICK-ASS 2, his character Chris D’Amico trades in the Red Mist hero to become a villain.

The actor is also looking to bulk up for the film as well which he says begins shooting in September.

“I need to get a physical trainer,” he admits. “I want to get bigger and try to look more evil – and maybe even keep the facial hair.”

Although the new film will be directed by Jeff Wadlow, Mintz-Plasse says Vaughn will be an active part of the production.

“I’m glad Matthew Vaughn is producing and involved in every draft. He’ll be on set, so that’s very cool.”

If you’ve read the comic books though, the rape scene is not in it.”