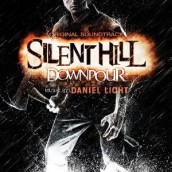 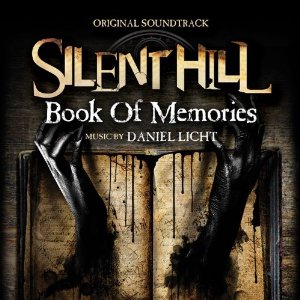 Daniel Licht certainly knows clever ways to kill people in the company of DEXTER, not to mention a gore-splattered musical past that includes HELLRAISER: BLOODLINE, THINNER and BAD MOON. It’s a set of eerie skills that suit him well for entering the video game netherworld for the first time with two entries into the SILENT HILL mythos.

Up first is SILENT HILL: DOWNPOUR, which has an escaped convict being thrown into this twisted Twilight Zone after a Richard Kimble-style bus crash. Starting off DOWNPOUR with a bang is a catchy theme song by Korn’s Jonathan Davis, whose thrash makes it play like some great tune that somehow didn’t make it into the vinyl of A NIGHTMARE ON ELM STREET: PART 4. After that, it’s creeping through Licht’s atmospheric score, which seems to take place in the surreal Ozarks with its country-inflected vibe that employs a number of twangy strings instruments from mandolin to guitar, all eerily mutated and abetted by a background of death-rattle percussion. Voices moan, clock-beats tick and other slithering effects abound, giving listeners the impression of creeping through a haunted house.

Yet Licht’s weird experiments make it all more interesting, and subtler than other typical jump-and-boo neo-musical horror shows. Licht takes a second trip into the world with SILENT HILL: BOOK OF MEMORIES, a musical sneak peak of the PSVita game that hits later this year. Far more in your face than DOWNPOUR, MEMORIES provides a mad diary of rock-influenced percussion, slashing heavy metal and tonal washes that make particularly chilling use of the solo piano. Ending the album is “Now We’re Free,” with Mary Elizabeth McGlynn giving eerie vocal soul to Licht’s main MEMORIES theme, along with the uptempo rock ballad “Love Psalm” allowing her powerful voice makes good use of unholy literary imagery.

Click on Link: To Purchase the SILENT HILL: BOOK OF MEMORIES soundtrack

Click on Link: To Purchase the SILENT HILL: DOWNPOUR  soundtrack