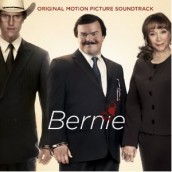 Worship at the gospel altar of Jack Black

Having assembled such varied soundtrack compilations as DAZED AND CONFUSED and BEFORE SUNRISE, Richard Linklater slices another winning piece of musical eccentricity. In the true-crime case of BERNIE, it’s from the big plate of his Texan soil, carving out a slice of home-fried country as opposed to the city SLACKER indie rock section.

Jack Black has a new Tenacious D. album out. And if his diehard fans enjoy the singer’s hell-blazing approach to the ways of metal, they might even be more intrigued with Black’s subversively holy stylings as an effete funeral home manager with both a heart, and throat of gold. Indeed, his renditions of “Love Lifted Me” and “He Touched Me” are lovely enough to cause a conversion, while subtly getting across the personal, quavering quality of a man trying to do the Christian thing out of an ungodly act.

Black’s range further impresses with a heartfelt “Beautiful Dreamer,” and the jolly gusto of “Seventy-Six Trombones.” While not a Jack Black album per say, BERNIE makes a convincing case that he could continue his singing vocation in a church choir, or on the Broadway musical stage, should he hang up his Tenacious rock guitar.

Extra special: After creating the truly bizarre sci-fi electronics for Linklater’s “A Scanner Darkly,” Austin composer Graham Reynolds gets to play far funnier stuff here, from rampaging over-the-top murder music to Bernie’s regretful fiddle and violin, along with an ironically whimsical take on “What a Friend We Have in Jesus.” Reynolds creates an arch, but regretful character for Bernie beyond his jovial front. Further Texan atmosphere is added by the C&W stylings of Dale Watson’s “Whatever Happened To Sam” and Miss Leslie’s “I Can Get Over You,” with James Baker’s “Bernie What Have You Done” turning the true-life crime tale into an exasperated guitar country blues ballad, one that nicely sums up the catchily subversive twang of BERNIE.