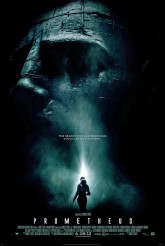 While speaking on the panel at Wondercon 2012 for PROMETHEUS, the thinly veiled ALIEN prequel, director Ridley Scott hinted that there will be more movies in his latest science-fiction opus if things go well with this one.

“It’s been a long time since I’ve done science-fiction which doesn’t mean I wasn’t trying couldn’t come across anything that was of interest with me,” says Scott who says the description that this has “the DNA of ALIEN” is a perfectly good description.”

Once Scott began to work with screenwriter Damon Lindelof, the original seed of an idea that Scott had developed for the movie branched out into “another universe.”

“And if we’re lucky, there will be a second part to this,” says Scott. “The film does leave you with some very big, nice open questions.”

Article Source: Assignment X
Article: Ridley Scott says there could be PROMETHEUS sequels in the works