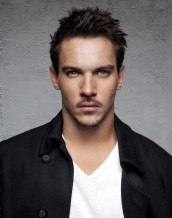 NBC announced today that they will be embarking on an ambitious 10-episode series DRACULA based on the Bram Stoker novel and starring Jonathan Rhys-Meyers (THE TUDORS) as the world’s most famous vampire.

“In a world of TWILIGHT and TRUE BLOOD with contemporized stories, it’s great to go back to the original,” says NBC Entertainment Chairman Robert Greenblatt at today’s NBCUniversal Summer 2012 Press Tour. “The book is still fresh and owe have an original, incredible script. We’re very excited about it and it’s going right to series.”

Cole Haddon serves as co-executive producer and wrote the script. The series will be a co-production between NBC and Sky Living and is from the producers of DOWNTON ABBEY.

“There’s a TUDORS sensibility to DRACULA and it’s set in the 1896 period while looking to the future,” adds Greenblatt. “It’s a really cool new version of DRACULA.”