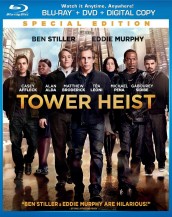 Blu-ray and DVD picks of the week including TOWER HEIST

Also worth checking out: THE SON OF NO ONE, WEEDS: SEASON SEVEN, UNDERDOG: THE COMPLETE SERIES, NURSE JACKIE: SEASON THREE and more 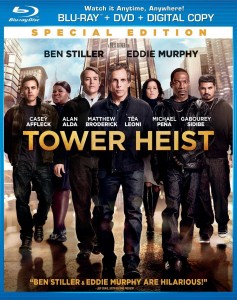 TOWER HEIST – It’s not that TOWER HEIST is a bad movie. Well, it isn’t a good movie either, but it certainly doesn’t deserve all the negativity it received when it came out – despite having Ben Stiller in the lead role. The problem with the movie is that it just isn’t funny. And when you fashion the movie to be a comedy, that’s a bad thing (obviously). OCEAN’S 11 this isn’t. Hell, this isn’t even OCEAN’S 13. The heist itself is so mundane and lousy that it makes even film’s that aren’t supposed to be theft jobs look like THE HEIST. But as I said, it has some entertaining aspects. The cast is strong with Alan Alda, Matthew Broderick, Casey Affleck, Tea Leoni and (sigh) Eddie Murphy. But the plot is just razor thin and the surprise twist actually undermine the entire film because they are pulled off in such unrealistic ways you end up laughing at the moments you shouldn’t be laughing at. 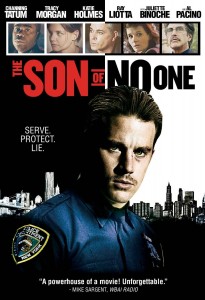 THE SON OF NO ONE – Bad cop movies are a dime a dozen. The only difference is separating the good ones – TRAINING DAY, STREET KINGS – from the “meh” ones, such as THE SON OF NO ONE. Much like TOWER HEIST, this isn’t all that bad, but it just isn’t all that good either. As a kid, Jonathan killed a thug that was threatening his family in the projects. The body was dumped and the case was never solved. Now a cop, he is assigned to re-open the case and investigate who did it after an anonymous source leaked information regarding the case to a reporter. Jonathan knowing the truth is torn between protecting himself and his family, protecting the officers involved in the cover-up and protecting the source that is a long-time friend. It isn’t the best cop drama for sure and Al Pacino pretty much phones it in as the big draw in the movie. But might make for a good rental when you’ve exhausted your Netflix queue. 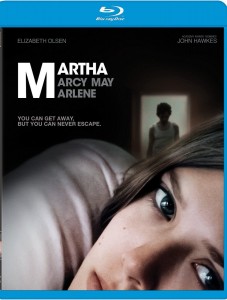 MARTHA MARCY MAY MARLENE – This is one of those films that gives you a bit of an insight into what it is like living in a cult community through the eyes of one of the young people living there and under intense pressure to leave because of some of the things she has witnessed. Martha (in a really good performance from Elizabeth Olsen, the younger sister of the Olsen twins) escapes to her sister’s house and we see what she experience in a series of flashbacks. Film journeyman John Hawkes is the commune’s leader and manipulator that on the surface looks innocent enough but masks a creepy undertone of violence and rape. The big question that the movie really never answers (and probably on purpose) is whether Martha is truly terrorized by her time in the commune or if she is just mentally unstable based on some of her actions we see after she leaves. It is a decent film to check out. 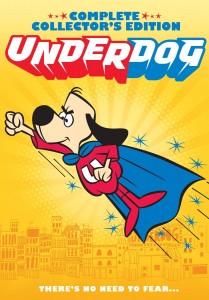 UNDERDOG: THE COMPLETE SERIES – This has been a long time coming for fans of this cartoon that featured a shoeshining dog that would transform into a superhero in order to fight villains. The 1960s cartoon was famous for making some silly characters seem altogether evil and finally you get all three seasons of the show in one complete box set for the first time on nine discs. Also included are all of the original shorts from Go Go Gophers, Klondike Kat and Commander McBragg. If you have been waiting for this series to finally come out, this is indeed the set you are looking for because it has virtually all of the appearances of the canine crusader in one fell swoop. 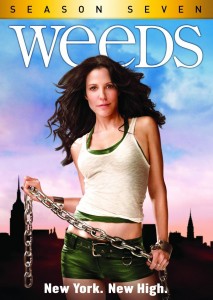 WEEDS: SEASON SEVEN – While many debate whether this show has outlasted its welcome, it keeps chugging along into the eighth season coming up and here’s your chance to check out what you missed in the last season. The show moves once again to a new location, this time New York City three years after Season Six. You’d think after taking the rap for a murder conviction that selling pot would be the farthest thing from Nancy Botwin’s (Mary Louise Parker) mind, but it is what she knows and after all the show is about selling weed so she gets back into the game and as usual it doesn’t end up going as smoothly as she hoped. The DVD includes a new Q&A with the cast, a new mockumentary and some other features fans should enjoy. 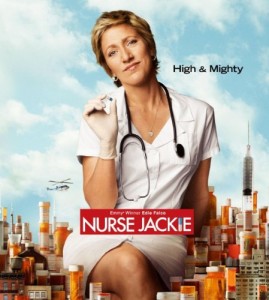 NURSE JACKIE: SEASON THREE – The great liar is back for a third time on DVD and Blu-ray with another 12 episodes of the Showtime series about a self medicating nurse that loves her job but loves her drugs just as much. But just as Jackie (Edie Falco) thinks she has it all figured out, things start to go south for her and Jackie’s life begins to take a turn for the worse.