Home » Blu-ray and DVD picks of the week including HUMAN CENTIPEDE 2: FULL SEQUENCE 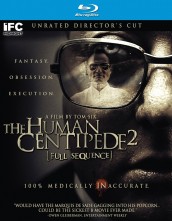 Blu-ray and DVD picks of the week including HUMAN CENTIPEDE 2: FULL SEQUENCE

Also worth checking out: DOCTOR WHO: THE DOCTOR, THE WIDOW AND THE WARDROBE, THE DEAD, ALL QUIET ON THE WESTERN FRONT, NUDE NUNS WITH BIG GUNS and more 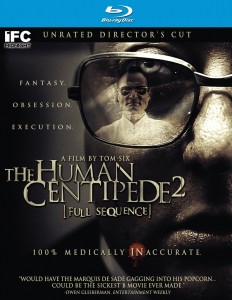 HUMAN CENTIPEDE 2: FULL SEQUENCE – There was a huge hubbub about this horror flick when it was released because it had some moments that not only were completing unnecessary but that they were graphically so. So going into it, I was expecting to be shocked and disgusted. Nope. Didn’t happen. Maybe I’m just numb to horror films and the depravity that is depicted in a fictional setting. Maybe we live in a society that can’t separate fact from fiction. Regardless, while there are some really ugly moments in HUMAN CENTIPEDE II, nothing outright shocked me.

One of the biggest complaints was the use of poo getting flung everywhere – because obviously the story is this sick dude takes the first movie as a reality and goes about kidnapping 12 people to make a human centipede stitched together ass-to-mouth. There’s one scene where poo is flung, and yeah it isn’t pretty, but it certainly isn’t something to get in a huff about. In fact, it is almost amusing because the subject matter is so ludicrous and over-the-top that you can’t do anything but laugh. When you look at the so-called torture-porn films where people are getting limbs severed or cut open or whatever, poo (even when it is being forced into another person’s throat) is tame.

It is almost as if director and writer Tom Six took all the negative comments about his first film (that became a pop culture sensation inspiring toys, a SOUTH PARK episode and loads of references in other mediums) and said how can I make them hate me even more and at the same time make fun of the fact that the whole idea is ridiculous. A big f*** you to everyone because he could give a s*** and he got the backing for another film. The most disturbing thing about this film is Martin (Laurence R. Harvey), the main character and guy obsessed with the original film. Just his overall look is something out of nightmares and will give you pause forever when you enter a parking garage. Obviously, it isn’t for the faint of heart and if you take yourself and movies to seriously, don’t see it. But if you “get” what Six is trying to say and just wants to deliver something so absurd and disgusting for the sake of delivering something absurd and disgusting, check it out. 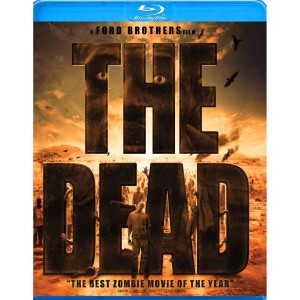 THE DEAD – Zombie films are a particular favorite of mine. I love everything that Romero does (even the crappy stuff) and comedies and low budgets and fast zombies and whatever. But with all the good stuff that comes out, there’s five other films that simply blow. So, when something good comes out it is a pleasure to watch. THE DEAD is a pretty good zombie flick because it is different in enough ways that it sets it apart from other zombie flicks. Set in Africa, the movie centers on the lone survivor of a plane crash that hooks up with African soldier looking for his son. Through the rugged landscape of land they are literally surrounded by walking dead everywhere. There is no scene where the dead are not present. It really gives the feeling there is no hope at all. But despite this, it is a quiet film. Much of the movie is just traversing the land looking for any hope of escape or refuge. There is none. Even the last bastion of humanity in the area is surrounded by flesh hungry undead. Beyond this unique look at the zombie movie, the make-up effects are great and just focusing on two characters really gives the film a nice touch – even if we don’t get much background about the two guys. Zombie lovers definitely check it out. 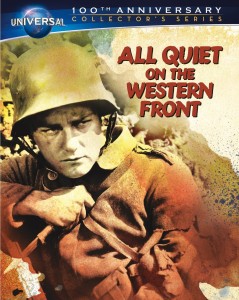 ALL QUITE ON THE WESTERN FRONT | © 2012 Universal Home Entertainment

ALL QUIET ON THE WESTERN FRONT – Still considered one of the greatest movies of all time, ALL QUIET is the depressing tale of a German sniper in the brutal trenches of World War I. The film shows the German boys excitement to join the war (as well as the propaganda spewed out from professors and others about defending the Fatherland) only to have the joy quickly destroyed by the horrors of war, specifically the brutality of trench warfare. The cool thing about the film was even as it was released in the 1930s it pulls no punches about how terrible things are in the war with bodies flying left and right and after effect of the wounded. The new release is on Blu-ray (the first time offered) and the restoration process really makes a huge difference as the film looks the best it has looked maybe ever. Also included is a 40-page book with memorabilia from the film such as newsletters, posters and photos. 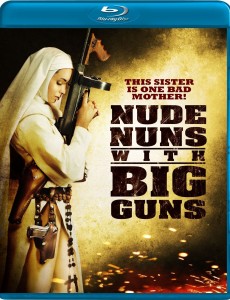 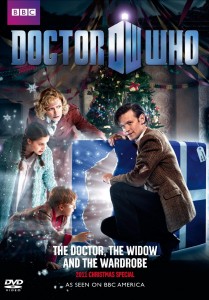 DOCTOR WHO: THE DOCTOR, THE WIDOW AND THE WARDROBE – This is the latest Christmas special starring Matt Smith without any companions but finding danger and a group of civilians to protect. During World War II, a woman and her two children move into an old house in England for safety. There they meet an eclectic man with a bow tie that shows them a world unlike they have never seen before. But not everything is fun and games and by traveling though a magic box, they enter a snow-covered dangerland where the wonders are as deadly as the beauty of the place.  While this isn’t the most action packed or fun Christmas special that the BBC has come out with since the return of the series, fans won’t be disappointed in getting a little bit of the Doctor before he returns for another season. 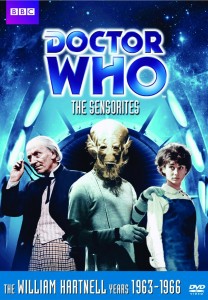 DOCTOR WHO: THE SENSORITES – The original Doctor, William Hartnell, is back on DVD with this classic adventure set on a spaceship in a distant world. The Doctor and his companions arrive to find a human crew frozen and near death. The planet below holds the Snesorites, beings of great intelligence and power. Now the Doctor must determine if these creatures are friendly or hostile and if they have any connection to what happened with the crew. A load of great stuff on the DVD is included such as an extensive audio commentary, featurettes on the creatures, photo gallery, profiles of the writer of the episode and much  more. 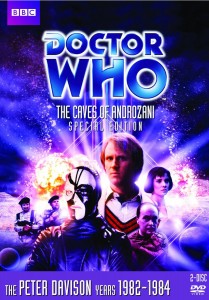 DOCTOR WHO: THE CAVES OF ANDROZANI SPECIAL EDITION – This was released previously but without some of the special features that are included here. This is Peter Davison’s swan song as the Doctor as he dies as the Doctor here only to be regenerated into he-who-shall-not-be-named. As regeneration episodes go, this is a doozy. The Doctor and Peri (the lovely Nicola Bryant) arrive on the planet of Androzani where they find a war brewing. Of course, the Doctor puts himself into the middle of things which ends up being a bad thing because he obviously bites it at the end. The great thing here is not only that it has great villains but some real peril for Peri. While this is nothing new with companions being in tough situations, this one was more devilish and painful. It is easily one of Davison’s finest moments as the Doctor and a must have for fans. The new edition here has some excellent featurettes on the making of the episode, the transition between Doctors, a host of interviews from Davison on leaving the show and much more.