Christy Lemire and Ignatiy Vishnevetsky are the new thumb givers for movie reviews and the premiere is awkward and jarring, though not without promise 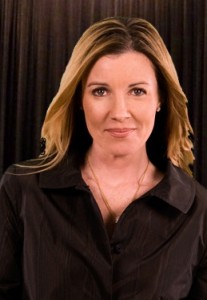 Co-host Christy Lemire from EBERT PRESENTS AT THE MOVIES

Let’s face it, no one is ever going to replace Gene Siskel and Roger Ebert who for decades gave the thumbs up and down on movie critiques throughout their years on PBS stations with SNEAK PREVIEWS and later, in syndication with AT THE MOVIES. They defined a genre that was aped time and again, but the imposters could never capture the camaraderie and arguments that they engaged in over the years.

When Siskel passed away, Ebert somehow found a kindred spirit with critic Richard Roeper, who found is own voice and repartee with Ebert.

When Ebert fell ill, AT THE MOVIES devolved into a myriad of guest hosts and two completely revised shows with new hosts and no thumbs (it was finally canceled last year).

Now, returning to its PBS roots after syndication and with Ebert’s name firmly above the marquee again, EBERT PRESENTS AT THE MOVIES opens the balcony again for in-depth film critiques.

Ebert is the shadow lording over the show and his presence is heavily felt, though new critics Christy Lemire and Ignatiy Vishnevetsky are a long way from creating a fluid chemistry together.

Lemire is a celebrated Associated Press critic, and she was clearly nervous throughout the first episode (which made its debut on PBS stations on Friday). She may be a great writer, but as a television personality she needs to get more comfortable in the balcony chair and start let loose a can of whoop ass on the 24-year old Vishnevetsky from www.mubi.com.

Surprisingly, Vishnevetsky seems more at home with this format and shows the most promise. He’s a good choice, though giving every movie a thumbs up his first show could be problematic in the future if that becomes a pattern. Same for Lemire (in the opposite direction) who gave a thumbs down to every movie this week.

Some of the problems with this new version of AT THE MOVIES is the length the new critics have to review the movies. Being on PBS, there’s ample time to chat and when it was Ebert and Siskel, you couldn’t wait to watch them get in a dust-up. Since Lemire and Vishnevetsky are fairly new at this, they’re not as adept at stretching their thoughts on a movie to where you want to absorb their every word. 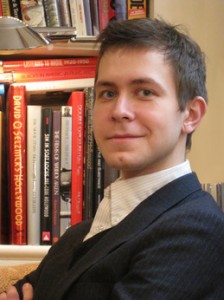 Co-host Ignatiy Vishnevetsky from EBERT PRESENTS AT THE MOVIES

If there’s any critique from my end, they should give themselves a couple of months of shorter reviews, before they’re allowed unleash their full, in-depth fury.

There will be the occasional corespondents appearing mid-show, this week we had a look back on classic thriller THE THIRD MAN starring Orson Wells, and Ebert will also have his own special segment. This week, his review was retold by Werner Herzog. Now that’s cool

I don’t want to be too harsh on Lemire and Vishnevetsky, because I love the AT THE MOVIES format and have missed it since it went off the air in syndication. It’s a valuable program and I’m glad it’s back (including the thumbs, most definitely the thumbs). I feel Lemire and Vishnevetsky have the potential to grow into their new roles and hopefully it will include finding their own voice and rhythm when it comes to their dueling opinions. However, as a first episode, it’s not great, it’s not awful, it just needs time to find its voice and pacing.

With the balcony opened again, let’s hope it stays this way for years to come on PBS.