The judges don't dislike a single performance, however, our reviewer did

Not surprisingly, the world’s second, third, fourth, fifth greatest karaoke competition, THE X FACTOR, began with the obligatory recap of the “epic” last episode that had the judges eliminating their last few picks in order to make up the Top 12.

Outside of the whole groups and old people being included on this show, I don’t see much of a difference between this and the other 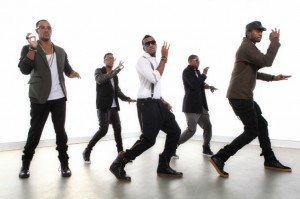 The Stereo Hogzz
Song: “Rhythm Nation” by Janet Jackson
What the judges said: L.A. said they had what it takes to be a star. Nicole said they had landed. Simon has definitely swallowed his own Kool-aid because he said the group could be better than any band on his label right now. Paula, of course, gushed.
What I say: Well, no doubt they have sunk a whole boatload of that big budget on this show into the production aspect as the fancy lights, MAD MAX dancers and military outfits. That said, I guess when I think of a boy band or group I think that they actually all take turns singing or whatever. They don’t. It’s the lead guy and the others just back him up. Maybe that is what a boy band group should be. It was an A+ performance but it overshadowed any real talent or singing prowess. Still a good way to begin.
Grade: B 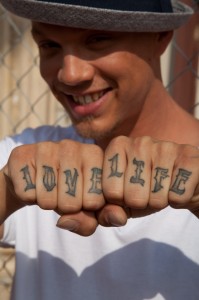 Chris Rene
Song: “Superstar” by The Carpenters
What the judges said: Nicole said she was proud of him. Paula said she was proud of him. Simon thought it was gonna be a disaster but he turned it around. L.A. said he was on fire.
What I say: Well, never thought I’d see The Carpenters on any music talent show – not to say they aren’t talented but they aren’t, uh, fun or exciting. I was proved wrong with a more hip hop version of “Superstar” by Rene who was the dude that has been sober for a short time and had all sorts of issues. He proved he’s got the chops to be up there, I just wonder if we won’t see a crash and burn on the horizon.
Grade: B 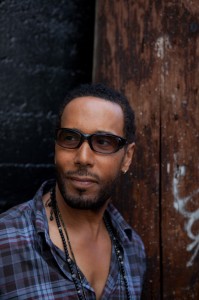 Leroy Bell
Song: “I’m Already There” by Lonestar
What the judges said: L.A. said he didn’t like the song choice but he loves his voice. Paula said he can connect with America. Simon thinks he is a good singer but he has a confidence issue and he also didn’t like the song. Nicole, as his mentor, said sometimes less is more.
What I say: If you have ever read any of my AMERICAN IDOL reviews, the one thing I always dislike is the ballad on these shows. Because really, we need to be wowed. That’s not saying you can’t wow someone with a ballad, just usually it is a bit sleepy or a bit of a downer. Now, the good news for Leroy is he has a good story. He’s old. He’s the oldest dude on the show. That’s already garnering a number of votes from a central bloc of the voting public. But he can also sing and while I didn’t really like this song, I don’t think he’s gonna be going this week.
Grade: C+ 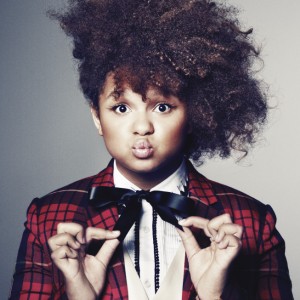 Rachel Crow
Song: “Walking on Sunshine” by Katrina and the Waves
What the judges said: L.A. said it is tough to criticize her because she is lovable. Nicole said she was fun but didn’t like the lyric changes. Paula got the lyric change but wanted maybe a different song. Simon, her mentor, said the lyric change was inventive and expects her to be around for a long time.
What I say: It’s hard to knock this kid. She’s got a lot of talent for sure and she is cute and has a lot of confidence. That said, I probably wouldn’t have had as much on stage going on as they had because it again distracts from the performance. Less is indeed more as Nicole said earlier. Still, I doubt she will be going anywhere anytime soon as she’s too cute for people not to vote for her … at least for now.
Grade: B 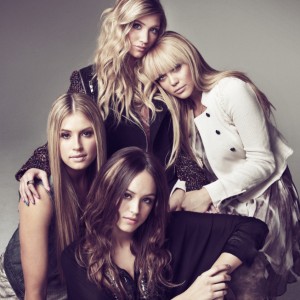 Lakoda Rayne
Song: “Landslide” by Fleetwood Mac
What the judges said: L.A. said they look incredible but wants them to be either country or pop but not both. Nicole said they sounded like one voice tonight and it was effortless. Simon said they improved from last week but hated what they are wearing. Paula, their mentor, is proud of them and wants frozen yogurt.
What I say: While I am a fan of this group just because, uh, well I enjoy the female form, I don’t know how long they will last. Why? Because of the tween contingent. In any of these music competition, the tween’s watching have their favorites – usually men – and the chicks are left on the sideline. It happens nearly every year on IDOL and I don’t think this will be any different. Not sure about the season thing which the judges commented on but like I said they look good.
Grade: C 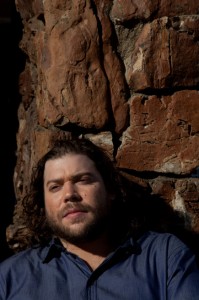 Josh Krajcik
Song: “Jar of Hearts” by Christina Perri
What the judges said: L.A. digs him. Paula said he nailed it. Simon said it was incredible and takes back what he says about picking the wrong song. Nicole, his mentor, said she feels like a proud mom.
What I say: This guy can sing the phone book that’s for sure. He’s got that much talent in his voice, but what the hell was with this song? Really? He’s got all this talent and you give him this song that is not only a ballad but something that just doesn’t seem to work with his voice? Weird. I guess they are trying to expand his range of what he does, still, something else would have been better. I doubt he is in danger, however.
Grade: C+ 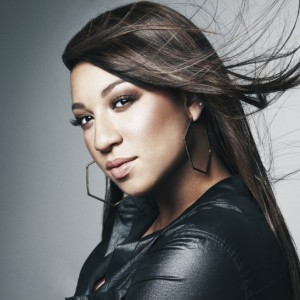 Melanie Amaro
Song: “Desperado” by The Eagles
What the judges said: L.A. liked it a lot. Nicole said there is no limit to what she can do. Paula said she looks beautiful and sounded like fine China. Simon, her mentor, said he didn’t know how good she was.
What I say: She definitely seems like she could be one of the finalists because she has some real talent and I like the way they changed the song to make it different but what’s with the ballads? Sure, it picked up at the end of the song but I guess I am more of an upbeat kind of guy, especially when I have to watch amateur singers perform karaoke.
Grade: B 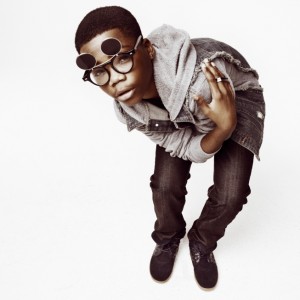 Astro
Song: “Hip-Hop Hooray”/“Get Your Freak On” mashup
What the judges said: Nicole said he knows how to get the party started and wants to go to the club with him. Paula said he is bold and daring. Simon thinks he is a star. L.A., his mentor, said he is proud and he is getting better each week.
What I say: Giving these people their own set pieces is a mistake. These people haven’t won jack squat yet and should not be treated like superstars or rock stars. I mean I get you are trying to present them as a musician but they are amateurs. Also, not sure if letting the kid write his own lyrics is a great idea but it might work for the beginning of the competition. Yeah, there is a market for him out there, but is it big enough to support him making it deep into the competition? I don’t know at this point.
Grade: C+ 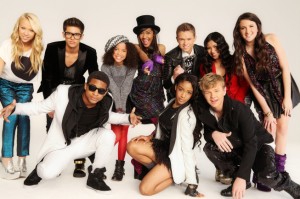 Intensity
Song: “Kids in America”/“Party Rock Anthem” mashup
What the judges said: L.A. thought it was fun. Nicole also thought it was fun. Simon thought it was terrific. OK, it’s official, Simon has totally sold out to his own show. Paula, their mentor, thanked them for working so hard.
What I say: This is just a GLEE throw away right? I mean I get the whole cuteness of bringing together all of the rejects and throwing them in one group. But they are just using it as a promo for their other show and I just don’t know if long term two GLEE shows will be able to survive on Fox (maybe why they canned the spinoff?). Again, less is more and just too many people doing too much stuff out there. I can’t see them making it that far in the competition with so many better performers out there.
Grade: C 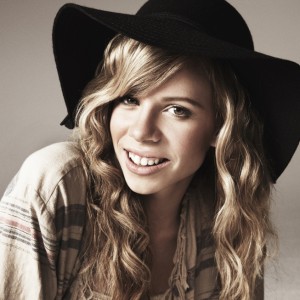 Drew
Song: “Just a Dream” by Nelly
What the judges said: L.A. said she has the spirit of a superstar but said she has the wrong mentor. Nicole loved the song choice. Paula lives for the last note she sang and loved it. Simon, her mentor, said he is seeing a star emerge in front of him.
What I say: So why does this chick get to change her name halfway through the audition process? “Drew” it is catchy and works but it’s it more of an advantage. Why can’t Rachel Crow just be “Crow” or Melanie Amaro be “M.Ammie” or Josh Krajcik “The Kraken”. You get my drift. Still, it is hard to believe this chick is so young because she just has some serious pipes. Again, she may have a problem with the tween voting bloc in the long run and I didn’t think this was her best performance but still worthy of getting her past the next round.
Grade: B 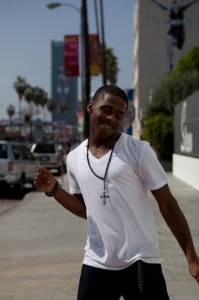 Marcus Canty
Song: “Every Little Step” by Bobby Brown
What the judges said: Nicole said she loved the song. Paula said this song brings her back and he is a total performer. Simon said he has come alive and he was much more relaxed than before. L.A., his mentor, said he keeps getting better and better.
What I say: I get that they have a big budget for this show with the set pieces and the dancers and all the numerous and annoying lights, but again, I think it distracts from the actual performance. We’ll see how it shakes out in the long run. Marcus can sing and perform there is no doubt, I just wonder if L.A. is putting too much on stage with all of his performances. These dudes are not stars yet they are trying to become stars and the whole going overboard on the performance may delude the actual singing in a singing competition.
Grade: C+ 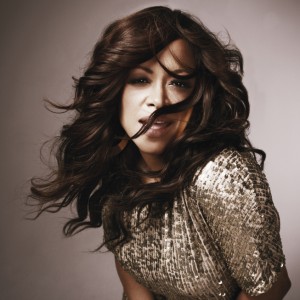 Stacey Francis
Song: “Up to the Mountain” by Patty Griffin
What the judges said: L.A. said he is proud of her and is getting better. Paula said this was a shining moment for her. Simon took credit for choosing the song and ran on stage and gave her a kiss. Nicole, her mentor, was not surprisingly all praise.
What I say: Of all the contestants, I think that Stacey has the most uphill battle. She’s old but not old enough to get the “well aged” voting bloc. The tweens will steer clear of her. So that leaves just those in-between voting for her. And with so many other choices out there, regardless of talent (and she has it), I just think she isn’t long for the competition. She can definitely sing, I just think that uphill fight will be too much in the long run.
Grade: B

So who will be in danger? A wild guess but I think it will be Intensity, Lakoda Rayne and Stacey Francis. Again, just guessing at this point until I see how the viewing public reacts.