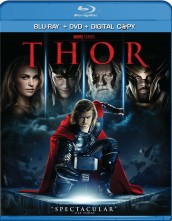 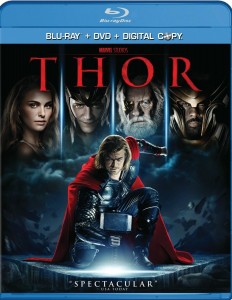 THOR – There was a time when superhero movies sucked it up royally and could not be counted on at all to provide enjoyment at home or the theater. But most of the time nowadays, comic book movies from Marvel and DC deliver the goods. THOR is no different delivering not only some really good comic book lore along with some amazing special effects but capturing the character of Thor perfectly. When his arch-nemesis and brother Loki threatens Migard (Earth), the son of Odin must go to the planet in order to protect it. Along the way he finds a love interest in Natalie Portman – lucky dude – and finds a world desperately in need of his Asgardian power. The cool thing about THOR is that the settings are simply beautiful and they really show up great on Blu-ray. A host of good extras helps with this being a must-have in the video department. 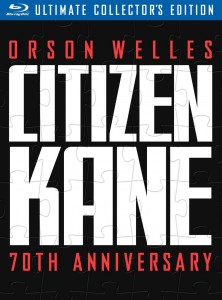 CITIZEN KANE: 70TH ANNIVERSARY EDITION – The masterwork classic from Orson Welles that was named the No. 1 film of all time from the American Film Institute (AFI) makes its debut on Blu-ray with more than three hours of bonus content, a 48-page collector’s book with photos and behind-the-scenes material, lobby cards, souvenir program, reproduction stills and much more. The new high definition cut of the film has been remastered from the original nitrate elements for amazing picture. They also restored the sound for the best possible viewing experience of the classic film. Rosebud!!!

MARVEL KNIGHTS ANIMATION – THOR & LOKI: BLOOD BROTHERS – In time for the major DVD/Blu-ray release of the movie THOR, this animated joint follows the adult adventures of the two brothers that hate each other. Unlike the first THOR animated DVD that focused on the childhood of Thor, this one is more with what we know about the Thunder God and his power and enemies that he has faced over the years in comics. 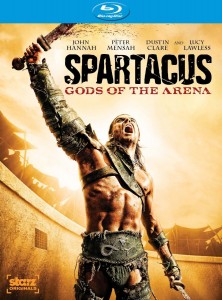 SPARTACUS: GODS OF THE ARENA – Starz has really become a powerhouse in its original programming thanks to the original SPARTACUS show and TORCHWOOD and CAMELOT, this is the prequel series to BLOOD AND SAND starring once again John Hannah and Lucy Lawless. The show features the rise to power of Batiatus (Hannah) along with his devious and cunning wife (Lawless) as they try and master the gladiator stage. Another great series and one that fits together nicely with the first season of the other SPARTACUS. 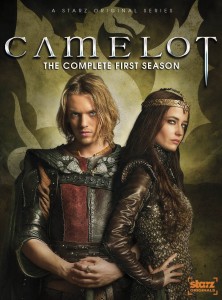 CAMELOT: THE COMPLETE FIRST SEASON – Another take on the ancient mythology of old but another winner in the retelling of the epic tale of King Arthur, Excalibur, Merlin and more. There are some interesting theories here as to how they rose to power and how the sword came to be that are far from the traditional story but that makes it compelling. Also, having the über hot Eva Green as Morgan and Tamsin Egerton as Guinevere doesn’t hurt either. And with it being on Starz, the boobage is much appreciated. 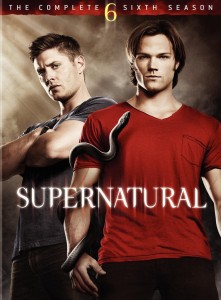 SUPERNATURAL: THE COMPLETE SIXTH SEASON – The fantastic show continues the adventures and hardships of the Winchester brothers this time as Sam comes back from Hell must deal with a soulless Sam and his evil tendencies as well as some returning family members that don’t have the Winchester’s best interest in mind. However, the overall mythology of the show deals with the budding war happening in Heaven and steps being taken by Castiel in order to deal with his side winning, including perhaps making a deal with the devil you know. Good stuff once again from the show that is returning soon this month. 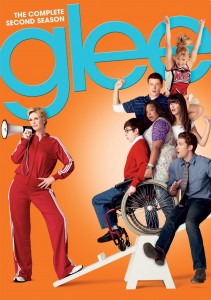 GLEE: THE COMPLETE SECOND SEASON – The third season of the popular singing, dancing extravaganza is coming back this month and now is your chance to check out what you missed or relive what you already have seen in preparation for the new season. All 22 episodes of the show are included here and if you got GLEE: SEASON 2, VOLUME ONE and don’t want to spend your money on the whole thing they are also offering the second half of the season as well. The set is offered on both Blu-ray and DVD with a whole host of special features including 12 featurettes from anything from the comedy of Brittany to the quips of Sue Sylvester. 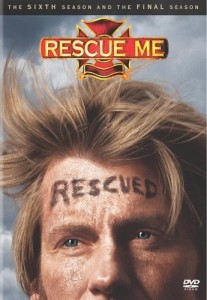 RESCUE ME: THE SIXTH SEASON AND THE FINAL SEASON – With the 10-year anniversary of Sept. 11, 2001 happening recently, it is appropriate that a show that was crafted around the impact of that horrible act come to an end. RESCUE ME focused on the lives of firefighters that lost colleagues and friends and loved ones in the destruction of the Two Towers and while the show drifted away from this main theme here or there, it still stuck to the overall impact on the lives of these people. Now, for the final time we get to see Tommy Gavin and the other firefighters deal with real life issues with family, love, happiness and work. 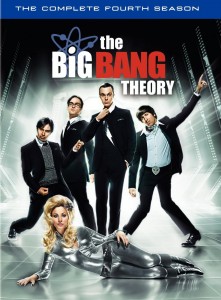 THE BIG BANG THEORY: THE COMPLETE FOURTH SEASON – The popular sitcom is making its Season Five debut this month so why not catch up on what you missed with this entire season from last year that includes all 24 episodes of the show. While both the DVD and Blu-ray versions contain a featurette with interviews from the cast and a gag reel, the Blu-ray version has one more offering in a look at how the show is taped live in all its glory – which is pretty unique and very cool. 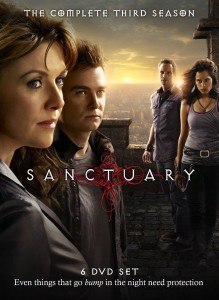 SANCTUARY: THE COMPLETE THIRD SEASON – SyFy’s fourth season of this show is due to make its debut this fall, in the meantime, catch up on what you missed during the third season with this new Blu-ray/DVD release. Amanda Tapping stars as the leader of a crew that is continuing to looking to unlock the mysteries of the strange and the terrifying things that secretly hide among us. All 20 episodes of the third season are included here along with six featurettes on the making of the show, character profiles, audio commentaries and more.