U2? Neil Young? Paul McCartney? They're all here...

Toronto beefed it’s celebrity profile in 2011 at the 36th Annual Toronto International Film Festival by having a slew of music documentaries. Interestingly they were all about musicians who have heavily dabbled in film in the past. Here’s a quick look… 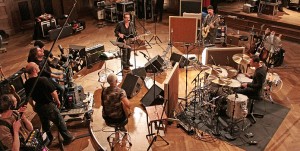 U2 in music doc FROM THE SKY DOWN

THE ARTIST: U2
THE FILM: FROM THE SKY DOWN
GENERAL CONSENSUS: Decent enough look at a band at the crossroads in 1991, one forgets how close they came to imploding. U2 the band still cries out for a career spanning definitive movie and this ain’t it. Music cult fans will appreciate seeing cult legend producer/musician Brian Eno in action.
OVERHEARD:  “When Bono was in town he told the press U2 is on the verge of being obsolete. He tries really hard to seem self deprecating these days . Not enough to take off the sunglasses of course.”

THE ARTIST: Pearl Jam
THE FILM: PEARL JAM TWENTY
On the 20th anniversary of Seattle grunge pioneers Pearl Jam hitting the big time one of their biggest fans, writer director Cameron Crowe (JERRY MAGUIRE), takes a look back.
GENERAL CONSENSUS: Like grunge music itself this is messy, alternately exciting and depressing. While lead singer Eddie Vedder has often lead the good fight (against social injustice, Ticketmaster) its real strictly for fans only.
OVERHEARD: “Coming out of the film I didn’t learn one thing that I didn’t already know going into the film.” 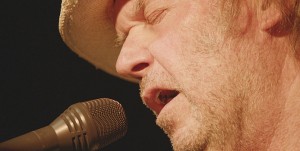 Neil Young live on yet another journey in NEIL YOUNG JOURNEYS

THE ARTIST: Neil Young
THE FILM: NEIL YOUNG JOURNEYS
Jonathan Demme’s third doc on the veteran musician, this one being a filmed concert at Toronto’s own Massey Hall when he was touring with his latest CD Le Noise.
THE GENERAL CONSENSUS: Efficient if unremarkable document of live Neil circa 2010. In other words, no STOP MAKING SENSE magic here.
OVERHEARD: “Demme has now done three films on Young, really?! I’d rather see bthan another close up of Neil.”

THE ARTIST: Paul McCartney
THE FILM: THE LOVE WE MAKE
Legendary documentary filmmaker Albert Maysles take on McCartney’s 2001 Concert For New York.
GENERAL CONSENSUS: In this year of music docs its great to see how it’s done from one of the early masters; Maysles and his brother made some of the seminal rock docs ever including GIMME SHELTER and WHAT’S HAPPENING! THE BEATLES IN AMERICA. Maysles says he sat on this footage for 10 years until it became properly relevant again and the resulting film while hardly groundbreaking entertains in a gentle, assured manner.
OVERHEARD: “The all star bombastic concert that is the bulk of the film is of course history. I liked the stuff where they followed him around the streets of New York while everyone is still clearly smarting over the 9/11 attacks.” 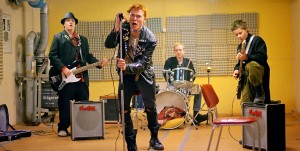 Euro punk in THE SONS OF NORWAY

BONUS
Ex-Sex Pistol lead signer Johnny Lydon (AKA Rotten) co-produced and co-stars in the Norwegian coming of age film SONS OF NORWAY.
GENERAL CONSENSUS: As a look back at punk rock 1978 it appears things were the same in Norway as the UK and the US. For all the films fun, bombast and rebellious attitude its at heart rather sweet. Time tends to mellow old dogs and from the look of Rotten in the film he’s mellowed too.
OVERHEARD: “I have a hard time watching my heroes get fat, wrinkled and old. If I want to see that I’ll look in the mirror.”

Click On Link: An introduction to the 36th TORONTO INTERNATIONAL FILM FESTIVAL