Home » The X List: Looking Back at the comic book influences on THE AMAZING SPIDER-MAN’s new costume 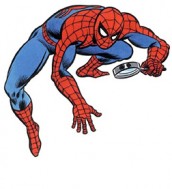 The X List: Looking Back at the comic book influences on THE AMAZING SPIDER-MAN’s new costume

Some House of M, Some Ben Reilly, and a dash of Alex Ross 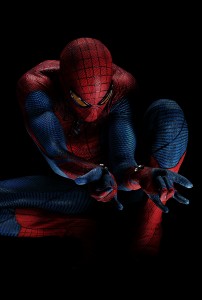 Sony released the second studio authorized picture of Andrew Garfield as Spider-man, for the newly re-booted franchise kicking off with THE AMAZING SPIDER-MAN. It’s fitting that Sony decided on that as a title, since it has been the Spider-man flagship book since its appearance in ’63.

Now that we have a better picture of the new Spidey suit (and a heck of a lot better than the camera phone spy pics that have been popping up all over) we can start to analyze the look o the suit and where some of the influences for it may have originated.

So let’s start with the basics: 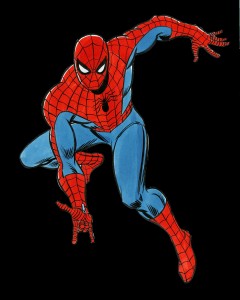 This is a classic red and blue Spider-Man traditional suit. The web pattern, eyes, and all parts are the most commonly recognized version of the web-head. Spidey in this suit sometimes sports what are referred to as ‘web-pits’ but the most standard version doesn’t have them. 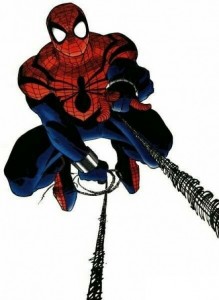 This is the Spider-Man costume worn by Spidey’s clone Ben Reilly during the last several months of the ill fated and oft cursed CLONE SAGA of the 1990’s. Peter Parker believed himself to be a clone and took off leaving the actual clone to protect the city in a new look. This Spidey suit looks to be a bit of an influence on the movie suit with the split color gloves and boots and the changing of the classic look.

Side note kids – despite what Hasbro may place on it’s packaging, this version is simply referred to as Spider-Man or Ben Reilly Spider-Man … not the Scarlet Spider. The ONLY Scarlet Spider costume was the red outfit with the blue hoodie. So please don’t perpetuate bad info by calling this Scarlet.

Moving onto another similar suit: 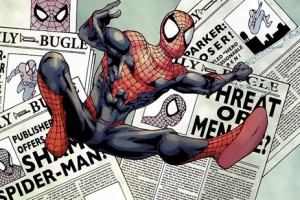 In a reality created by the Scarlet Witch, where mutants were the head honchos of the world, Spidey didn’t experience all of the loss he did in regular reality, and he had become a celebrity. Again, looking at this costume with its similar split of the blue to web pattern ratio it’s easy to see how this might have influenced designers on the new movie.

Then we have an early design for the 1st Sam Rami movie: 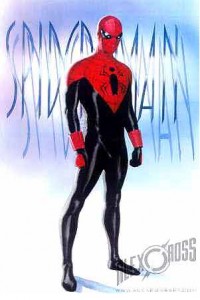 This was a dismissed design by the spectacular airbrush artist Alex Ross. Ross again played with the web pattern vs. (in this case) black make-up of the suit. Note Spidey did have webshooters in this version, and even though this wasn’t used it does seem to be a bit of an inspiration again in the new movie costume.

Which also leads us to one KEY change in the movies: 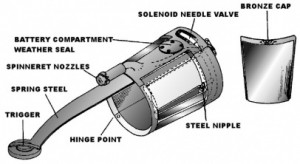 In the previous films Spidey had organic webshooters in his wrists, which actually should have been in his rear, but who’s counting? The organic shooters were even carried over into the comics, where Spider-Man had been relying on mechanical webshooters for over 30+ years (and he has since been returned to). It will be interesting to see if Peter Parker is the genius who builds the shooters in the new movie, or if the script took a turn towards ULTIMATE SPIDER-MAN and Peter’s father had built them and Pete works on them and modifies them.

SEE ANY OTHER INFLUENCES? LET US KNOW – COMMENT BELOW.