The X List: LET ME IN one of the DVD Highlights This Week

The X List: LET ME IN one of the DVD Highlights This Week 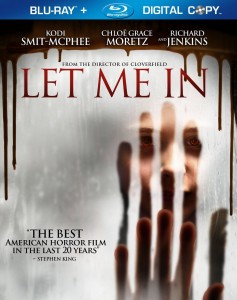 LET ME IN – I’m sure any horror fan has already seen the original version of this film, the Norwegian-centered LET THE RIGHT ONE IN, and you were also pretty skeptical about this U.S.-version given how awesomely kick-ass the Norwegian version is. But for once, they didn’t f*** it up. LET ME IN is actually a very good, beautifully shot film that retains the original’s charm and personal touch but changing things ever so slightly to make it Americanized (music, pop culture, etc). Chloe Grace Moretz is simply brilliant as the 13-year-old vampire that befriends a bullied, trouble-filled kid that she moves next door to. Moretz at such a young age is already one of the best up-and-coming actresses in Hollywood and should be around for a long, long time. If you enjoyed LET THE RIGHT ONE IN, this is a must-see because it is like an old friend that has returned … but without subtitles. The Blu-ray contains a digital copy and some bonus featurettes not on the DVD so that’s always cool too.

NEVER LET ME GO – The futuristic (kinda) story about a world where rich people grow healthy organs by harvesting them from human clones. The trouble is the clones don’t know they are clones until it is too late. But this is the story of two best friends that discover the truth and try to change their fate. With Keira Knightley in the lead role, you know it’s gonna be sappy, but it is an interesting idea, albeit one that has been done before in numerous films. 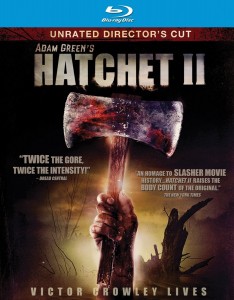 HATCHET II – I loved the first HATCHET because of what it wasn’t – pretentious and serious. It was a hoot. A ton of splattered-filled gore and nonsensical death scenes and a whole bunch of victims that you knew were not getting out alive. Perfect for a leave your brain at the door and enjoy the carnage horror film. HATCHET II ups the ante in every possible way. More blood, more gore, more silly deaths, more nonsensical violence, more no brains fun. It is a great film if you don’t want to think about what you are watching and enjoy the carnage.

MONSTERS – This is a quirky little gem of a film. Not really a horror movie despite the title but not really a straight drama either. A spacecraft crashes on Earth on the boarder of the U.S. and Mexico and immediately the entire area becomes invested with creatures of an alien origin. The militaries from both countries work to contain the beasts but without much success. But this film is barely about those aspects. It is the story of a woman and a dude that helps escort her through the alien territory to get back to her boyfriend and family. 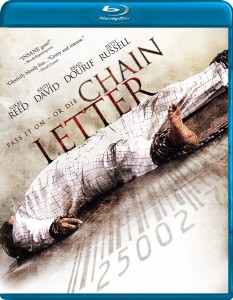 CHAIN LETTER – Shockingly, this isn’t nearly as bad as you’d think from the title. A killer is taking a bunch of unlucky teens out by sending them an email or text chain letter. If they don’t send it out (even if they do) they get brutally massacred. With some pretty cool and interesting death scenes and some decent gore (not CGI mostly) it is actually a worthwhile jaunt for the horror buff. Worth checking out at least on Netflix.

AIRWOLF – SEASON FOUR – Slim selection of TV this week with the only notably being this cheesy helicopter series in its fourth offering on DVD.