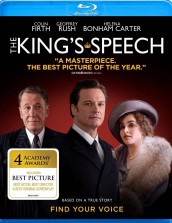 Also worth checking out: GULLIVER’S TRAVELS, SHARPAY’S FABULOUS ADVENTURE, A MIND TO KILL: SERIES 3, AMERICAN DAD: VOLUME 6 and much more 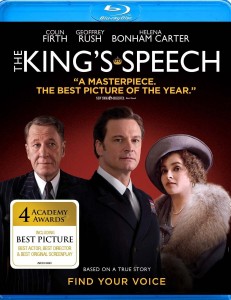 THE KING’S SPEECH – The multi-Oscar-winning film makes its debut on DVD and Blu-ray starring Colin Firth, Helena Bonham Carter and Geoffrey Rush centering on a prince’s ascension to King at a time of great peril for the country of England. Now normally, I’m not a huge fan of period piece dramas because it ain’t my bag baby and there are long periods of dialogue here and boredom is likely to come into place for a number of people that feel the same way I do. However, the payoff is pretty good as we get to see what the King says to his people on the eve of Britain going to war against Germany in World War II. A fabulous, motivational speech. Worth checking out for sure, even if you aren’t a fan of dramas.

GULLIVER’S TRAVELS – I really like Jack Black. Liked him from his days as part of TENACIOUS D, but this is not his best effort. I don’t want to say he mailed it in but he pretty much just plays his typical goofball self in this remake of the classic. It is geared toward families and so there are a number of just plain stupid humor but still it could have been better. 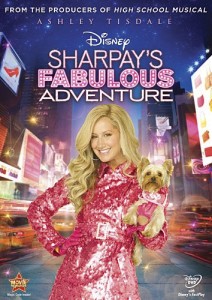 SHARPAY’S FABULOUS ADVENTURE – Ashley Tisdale knows a good thing when she has one. No wonder she signed on to reprise her role from HIGH SCHOOL MUSICAL as Sharpay Evans, the drama queen. But know she’s all grown up and pursuing her dreams outside of high school. The film contains a number of new tunes, Sharpay’s outrageous outfits and a number of funny moments that tweens and teens will find appealing. The three disc combo pack (containing the Blu-ray, DVD and digital copy of the film) also includes bloopers, “Austin Cam,” where actor Austin Butler shows a slew of behind-the-scenes footage, “The Evolution of Sharpay” where Tisdale walks through her character and the differences between HSM and the movie and much more. 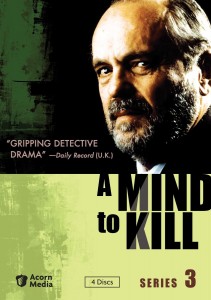 A MIND TO KILL: SERIES 3 – The third season of the British import series starring Philip Madoc that aired in the mid 1990s. The series picks up after the detective’s team has been disbanded and the department is penny pinching. Full of disdain, he gets back on track to solving horrific crimes with his passion and intelligence. The cool thing about the series is that they don’t pull any punches and includes a number of graphic scenes and nudity, which is something that adds to the realism of the series and not found in any show in the States. The set includes eight episodes from the series and a cool featurette “The Women of A MIND TO KILL.”

AMERICAN DAD: VOLUME 6 – The latest collection of Fox’s animated series featuring CIA agent Stan Smith, his whacky family and the weird characters around them. All 18 episodes of the Season 5 are included here along with deleted scenes and audio commentary.