The Dork Side: Donald Trump is not running for president (we hope) 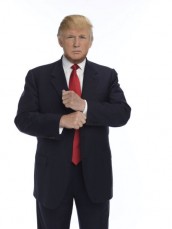 The Dork Side: Donald Trump is not running for president (we hope)

Donald Trump, you're fired from the 2012 presidential campaign

I don’t believe that Donald Trump is really running for president. If he was he would have already launched a reality show in which people compete to be his running mate.

I think we can all agree that Gary Busey would totally win that one.

Still, when people talk about Donald Trump running for president I cringe. Why? Because people are saying they would actually vote for him. Normally, something this ridiculous would make me laugh out loud like the time my friend tried to convince me that McDonald’s oatmeal is healthy – except I live in the state that elected Arnold Schwarzenegger. 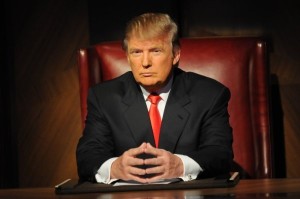 Will Donald Trump's State of the Union addresses happen in the board room? How will he encourage job growth when he's firing everybody? | ©NBC/Ali Goldstein

Here is something people are actually saying about Donald Trump: “Donald Trump could fix this country’s financial woes.”

Donald Trump thinks President Obama wasn’t born in this country, yet he has somehow managed to sweep this under the rug and become President of the United States. Yes, I’m sure no one did any major research on Obama before the election. In other words, Trump is as crazy as Tea Partiers. Maybe Trump and Michelle Bachmann can go to lunch, where they eat paste and talk about how Obama is just like Hitler and the evils of the census.

Trump, stick to what you do best: Getting divorced, filing for bankruptcy and hosting mind-numbing reality shows.

But just in case … if Donald Trump does run for president, please don’t vote for him, people. He would rename the White House as Trump House.