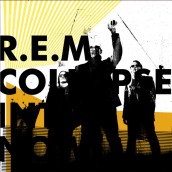 The band may have broken up, but these songs will live on 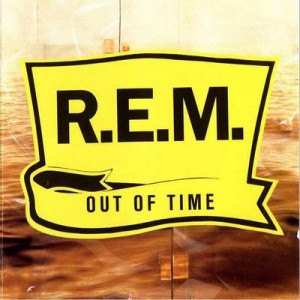 Yesterday the Athena, GA rock band R.E.M. consisting of singer Michael Stipe, bassist Mike Mills and guitarist Peter Buck called it quits after a little over 30 years as a unit.

Their blend of jangly guitars and socially conscious lyrics made them a fringe alternative band throughout the 1980s until they finally broke out with 1987’s “The One I Love”. This led to signing to major label Warner Bros. which brought them into the mainstream major leagues with a series of pop hits including “Losing My Religion,” “Shiny Happy People” and “Stand.”

Although their albums over the last decade have been frustratingly uneven, they did leave the solid COLLAPSE INTO NOW as their final studio release earlier this year. It hearkened back to their original rock sound and at least serves as a fitting coda to their enduring legacy.

With R.E.M. no more, ASSIGNMENT X felt the need to compile our ten favorite songs we consider their best (and not necessarily their biggest hits) which we feel showcase what a well-rounded and brilliant band they were. Sure, there’s some songs left off (“Everybody Hurts” is good, but has devolved into self-parody over the years as has “Man in the Moon), and yes, the choices here lean heavily on their I.R.S. years particularly their DOCUMENT album. Nonetheless, there should be something for everyone here that wants to discover what the rich legacy of R.E.M. has left behind.

1. “Radio Free Europe” (from 1983’s MURMUR) – Their first single and one of their best – a catchy song that sounds as fresh as the day it was recorded. I prefer the I.R.S. version to the original Hib-Tone version – though both have their charms.

2. “Exhuming McCarthy” (from 1987’s DOCUMENT) – A fireball of a political song questioning 1980s conservative America that just as biting today as now, but featuring some great catchy guitar work to mask what the song is really about. Sample lyric: “Vested interest united ties/landed gentry rationalize/Look who bought the myth/by jingo/buy America.” 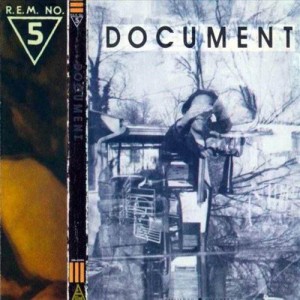 3. “The One I Love” (from 1987’s DOCUMENT) – Yes, it sounds like a love song at first with the lyric “This One Goes Out To The One I Love” but then carries the following biting line “a simple prop to occupy my time.” Like the Police’s “Every Breath You Take” and U2’s “One”, the deeper meaning is much creepier than most people realize. Yet, it’s a beautifully constructed song that like many of the band’s tracks from the 1980s, it still endures.

4. “Discoverer” (from 2011’s COLLAPSE INTO NOW) – The lead-off song from their last studio album is one of the band’s peppiest and best tracks in over a decade. They haven’t sounded this good and focused in some time – which is a shame that they’ve disbanded on such a high note.

5. “Fall On Me” (from 1986’s LIFES RICH PAGEANT) – Another song with a message that features great harmony vocals by Stipe and Mike Mills. It’s  folky, but very effective. The says the song is about “oppression.”

6. “What’s The Frequency Kenneth” (from 1994’s MONSTER) – This rocks out with its fuzzy guitar licks and strange lyrics that were inspired by the rantings from a guy who attacked Dan Rather in 1986.

7. “Losing My Religion” (from 1991’s OUT OF TIME) – They’ve had many songs that have been successful, but no doubt this will be the one that will remain long after their memory fades. With its acoustic leanings and amazing lyrics, this was the culmination of all the band’s hard work gelling into a subversive mainstream hit off of their highly entertaining major label album. 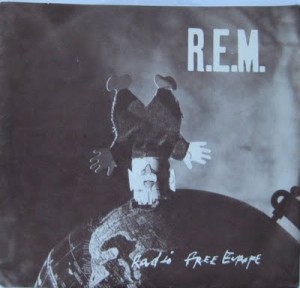 8. “Nightswimming” (from 1992’s AUTOMATIC FOR THE PEOPLE) – Although many might pick “Everybody Hurts” off this somber album, it’s “Nightswimming” that’s the most beautiful track here. No guitars here, just piano and strings and Stipe’s heart felt vocals of remembering fond memories from the past. If you’re not familiar with this track, download it now.

9. “Belong” (from 1991’s OUT OF TIME) – This is by far the deepest track pick here and the strangest since it’s largely an instrumental with a few spoken word lyrics sprinkled with Stipe’s background “oohs and ahhhs” vocals brought to the forefront. Simple, yet undeniably uplifting.

10. “It’s The End of The World As We Know It (And I Feel Fine)” (from 1987’s DOCUMENT) – A fitting song to end this list. One of their loopiest tracks ever, with its rapid fire lyrics yet also another one of its most enduring. Yes, it’s end of R.E.M. as we know it, but with the songs they’ve left behind, to crib a line from them, “I feel fine.”

Tags: Automatic For the People, Document, Fall on Me, It's The End Of the World As We Know It, Losing My Religion, Mike Mills, Out of Time, Peter Buck, R.E.M., Radio Free Europe, The One I Love, break up, michael stipe