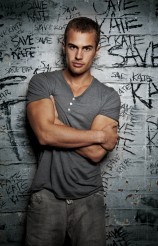 TCA 2011 News: BEDLAM to bring the ‘scary’ to BBC America 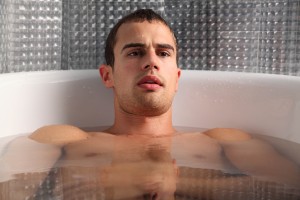 At today’s TCA session, BBC America announced that they’re so impressed with the new supernatural series BEDLAM that they decided to move up its airdate from October 8 to October 1 so it can follow the season finale of DOCTOR WHO.

The series is set in an old Victorian lunatic asylum that’s been converted into apartments and follows a young man name Jed (Theo James) who begins to have visions of the ghosts that are still residing there – and those ghosts are very angry.

“We were influenced by THE SHINING and Japanese horror films,” says creator David Allison. “We wanted the ghost stories of the week to be standalone.”

Some of the stories are actually inspired by real events that happened to asylum patients that Allison and his fellow writers uncovered.

“The stuff that happened in the Asylum is better than anything we could have invented,” says Allison.

Most importantly, Allison wanted the series to be “properly scary.”

“These are disembodied, angry spirits who you can’t have a conversation with,” says Allison. “We’re all big fans of horror films and wanted to put some really scary stuff in there. Friends have said that they didn’t want to watch the episodes on their own, and that’s what we set out to do.”

The other twist is Jed is not necessarily always successful in his weekly missions.

“He isn’t a superhero,” says Allison. “He doesn’t have to dig up something or put a stake into someone. He has to deal with ghosts on a ghost-like basis. There are some really shocking endings because he doesn’t always succeed. We go pretty dark on the series.”

And for James, when the question comes up if he ever actually has his shirt on in the series, the actor jokes, “in the contract, I always have to have one nipple out.”