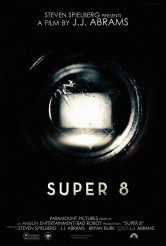 Release Date: June 10
Stars: Unsure, at least from the trailer
What Is it? A science-fiction film about something powerful out there going after people – and a kid at the center of it. Is that vague enough?
Want To See Factor: For a trailer that tells you nothing about what it is, this thing looks AWESOME. It’s the first look of the new film directed by J.J. Abrams and executive producer Steven Spielberg. It feels very old school Spielberg (think E.T. era) and it puts to rest rumors that this film was going to be one of those found footage films. Honestly, I stand corrected – this is the movie I want to see the most this summer after all of the trailers so far.
Super Bowl Points: No T&A, solid action and an old-school 1980s sci-fi feel.
Grade: A-