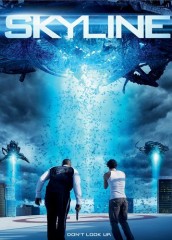 Also available this week include: THE FIGHTER, BATMAN: THE BRAVE AND THE BOLD, ALIEN 2 ON EARTH, SCARECROW & MRS. KING – THE COMPLETE SECOND SEASON and more

Sorry, I missed last week, so I am including both March 15 and March 22 titles that are out and of interest. 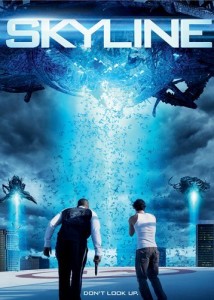 SKYLINE – What begins as an interesting premise about an alien invasion and could have been a modern day INDEPENDENCE DAY instead boils down to a film about a group of people trapped in a fancy apartment building as the chaos falls down around them. While the special effects are fabulous, the storyline is mediocre at best and the ending is simply ruins any of the cool stuff that comes before it. Still worthwhile for a rental for the special effects alone, especially on Blu-ray where they look fantastic.

THE FIGHTER – Yeah, it came out last week, but still worthy of mentioning because it is a damn fine film and you see why it garnered so many Academy Award nominations (and won a few) this year. While Mark Walhberg is merely OK, the rest of the cast is stellar and deserving of the accolades that they received.

BATMAN: THE BRAVE AND THE BOLD – SEASON ONE, PART 2 – Another 13 episodes from the Cartoon Network’s animated series featuring not just the Dark Knight but heroes across the DC Universe including Aquaman, Plastic Man, Blue Beetle, Red Tornado, Green Arrow, Wildcat, Deadman, Broze Tiger and Atom. The caped crusader along with his allies take on a variety of bad guys in this throw-back to the old school comics. Only available on DVD, for now.

SHARKTOPUS – Maybe one of the best titles for a film in the history of movies as the SyFy Channel continues to deliver just campy, low-budget monster movies that are so outrageously silly you can’t avoid laughing and having fun. Of course, this is produced by Roger Corman (who else) and comes in both DVD and Blu-ray, but nothing of interest on the Blu-ray set other than the high definition cut.

HEMINGWAY’S GARDEN OF EDEN – Sure, a film about adultery, romance and obsession in a new adaptation from the classic novelest starring Mena Suvari sounds like a good time, right? Wrong. Totally boring. Lackluster in the romance and sex departments and scant considering for nubile young women. Sigh. Lots of potential flushed down the drain. Only available on DVD.

STAND BY ME – 25TH ANNIVERSARY EDITION – The classic film based on a short story by Stephen King of all people makes its return to home theater with the high definition debut on Blu-ray. The film starring River Phoenix, Wil Wheaton and a plump Jerry O’Connell tells the story of a group of young friends that long to be town heroes and go in search of missing teenager. The Blu-ray edition features a reunion with Wheaton, Corey Feldman and director Rob Reiner as well as a retrospective featurette and new audio commentary from Reiner.

ALIEN 2 ON EARTH – Midnight Legacy is a new video company that is taking rare or unreleased films and remastering and restoring them for release in the U.S. – similar to what Blue Underground, Anchor Bay, Synapse and Media Blasters do. The first time is ALIEN 2 ON EARTH an Italian horror film never before released in the states. The film follows a group of cave explorers that stumble into a flesh-eating creature that systematically eats its way through the explorers. But it gets worse as they learn that creatures have spread across the world and are consuming the population of Earth. Some pretty good gore and an interesting take on aliens invading the planet. Definitely worth checking out on Netflix.

SUGAR BOXX – A throwback to the women-in-prison films of the 70s, this grindhouse-style features all the things you’d expect from those films of the past such as terrible acting, gratuitous nudity, loads of cat fights, really bad lesbian scenes, dirty cops and chicks bent on revenge. Not one you’d keep in your collection but a fun film to check out. Available only on DVD. 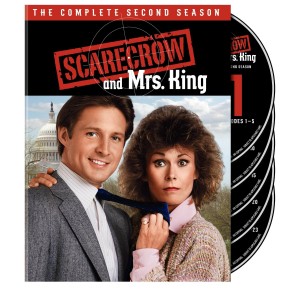 SCARECROW & MRS. KING – THE COMPLETE SECOND SEASON – The Cold War was never sexier in this oft funny and action dramedy about a mom and her secret agent boyfriend. Before Hollywood was mixing the two opposites in droves, this television series was doing it week in and week out. This is the first time it is available on DVD (no, Blu-ray yet) with 23 one-hour episodes from the second season.

WHO DO YOU THINK YOU ARE? – SEASON ONE – Hey Sarah Jessica Parker, why the long face? Maybe because you never really knew who your decedents were? Luckily, this documentary-type TV show that aired on NBC helps you along with Spike Lee, Matthew Broderick, Brooke Shields, Emmitt Smith and Susan Sarandon find out. The second season of the show is already airing but if you missed the first celebs, it is now out on DVD.

THE VENTURE BROS. SEASON 4 – VOLUME 2 – If you have never caught Cartoon Network’s VENTURE BROS. you are sadly missing out on a great show. Because following the chronicles of Doctor Venture and his two boys is never been better. Now, you can get the last remaining eight episodes from Season Four on DVD or you can get the whole fourth season on Blu-ray for the first time.

Tags: Alien 2 On Earth, Batman: The Brave and The Bold, Blu-ray, DVD, Hemingway’s Garden Of Eden, Reviews, Scarecrow & Mrs. King - The Complete Second Season, Sharktopus, Skyline, Stand By Me – 25th Anniversary Edition, Sugar Boxx, The Fighter, The Venture Bros., Who Do You Think You Are? - Season One