Short film SINGULARITY makes a splash at SCREAMFEST this weekend 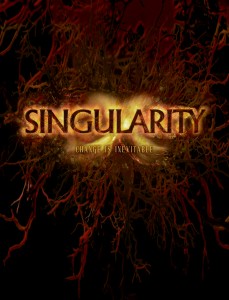 SCREAMFEST L.A. has been offering up its week long festival of independent and studio horror films, as well as shorts since October 15.

On Saturday, October 22 – the last day of SCREAMFEST – the groundbreaking new horror short SINGULARITY will be making its debut.

SINGULARITY stars Robert Joy of THE HILLS HAVE EYES and LAND OF THE DEAD, the film was nominated for 10 Maverick Movie Awards and won for Best make-up FX for the FX crew featuring Malaki Keller (HELLRAISER: BLOODLINE, STARSHIP TROOPERS) and Jacob Hair (2001 MANIACS, SNOOP DOG’S HOOD OF HORROR).

The film is written and directed by Shian Storm.

Two friends, Erik and David find themselves cornered in the garage by something they can’t identify. They try desperately to piece together what happened to them, which raises more questions than it answers. Injured and confused, they plan to wait until the “thing” gives up and leaves them be, but when their wounds take a turn for the worse, they are brought face to face with true terror.