SDCC 2011 News: Was EXPLOSION the alternate title to PROMETHEUS? 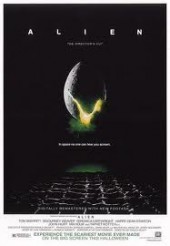 SDCC 2011 News: Was EXPLOSION the alternate title to PROMETHEUS?

While speaking to the press at the 2011 San Diego Comic-Con, LOST co-creator Damon Lindelof spoke about scripting the new Ridley Scott directed film PROMETHEUS, which depending on who you speak to, is a thinly veiled prequel to Scott’s 1979 ALIEN.

In coming up with a title, Lindelof says he wanted to come up with something “pretentious” like INTENTION.

“PROMETHEUS makes the movie sound much smarter and much better than my original title EXPLOSION,” Lindelof says with a grin.

Lindelof does go on to say that the title is very key into the story of the film, since Prometheus was a titan who stole the fire of the Gods and worried what mankind would do if they ever got their paws on it.

“It’s about what humans are doing that we probably shouldn’t be doing with technological innovation and exploration – and is there a line that should be crossed?,” adds Lindelof. “Part of the fun is figuring out what the title is about.”

As far as presenting a bold new world grounded in our own reality ala Scott’s 1982 classic BLADE RUNNER, Lindelof says PROMETHEUS is a completely different animal.

“Obviously, BLADE RUNNER was an incredibly influential movie the way it envisioned what the future would look like and what Ridley does is ground that in some fundamental reality,” adds Lindelof. “He was the first one to think how prevalent advertising would be in the future.This movie doesn’t take place on earth, so the way we’re experiencing the future, is away from earth and it’s more about what are people are like now. What have the gone through? What are thinking about? The movie isn’t interested in the gadgetry and the flying cars at all – it’s what’s driving them and motivating them to be humans in the movie to begin with.”