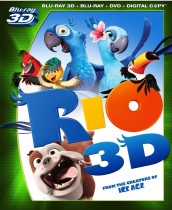 Also worth checking out: NIKITA: THE COMPLETE FIRST SEASON, SONS OF ANARCHY: SEASON THREE, PROM, THE VAMPIRE DIARIES: THE COMPLETE SECOND SEASON, THE NIGHTMARE ON ELM STREET 3-D and more 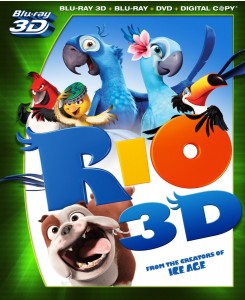 RIO – A flightless macaw thinks he’s alone in the world – the last of his kind – but when he discovers there is another and it’s a she, he goes to Rio. There he meets a host of colorful characters that show him how to live and fill his own dream. While yeah it is very similar to other animated films that have come down the line in the past few years like FINDING NEMO and MADAGASCAR and more , still pretty entertaining for the full family regardless of age. The film is being offered in a variety of formats including 3-D Blu-ray, traditional Blu-ray, DVD and digital copies so you can watch it on a variety of consumer devices. 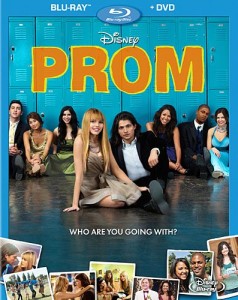 PROM – Disney has made quite the following with this cottage industry of musical teenage offerings and this is no different with Aimee Teegarden in the role as a girl that is trying to have the best possible prom but some dude is getting in her way. Of course, they pine after each other and well you can see where this is going. The cool thing about this movie is that on Blu-ray it is being offered with a host of stuff you won’t get on the DVD version including seven music videos (only three are on the DVD version), more deleted scenes and a short featurette about the movie. 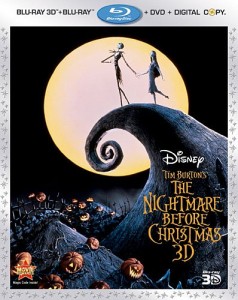 THE NIGHTMARE BEFORE CHRISTMAS 3-D – For the first time, the classic Tim Burton animated joint gets the 3-D treatment. But the really cool thing they did here was not only do they have the 3-D version on here but they also include the regular Blu-ray version, a DVD version and a digital copy of the film. So basically you can play the film in whatever format or consumer device that you want. They also include all of the legacy special features from the DVD and Blu-ray versions on this as well so you won’t be missing out on those either.

BEREAVEMENT – A pretty good horror flick about a serial killer that takes a young boy under his wing teaching him everything he knows about the art of killing. However, when a young teen girl discovers his whereabouts, it puts everyone in jeopardy of being killed. Given how many tales of serial killers are out there, this is a pretty good treatment of the genre with some genuine scares and brutality.

THE PERFECT HOST – The dark comedy/horror film is a take on those fancy dinner parties that you are never invited to. When a party-crasher makes his presence known at a high profile party, he learns manners the hard way. It is a very fun film where the guests at the party are not what they appear to be and David Hyde Pierce of FRASIER fame turns in one very fun performance. Worth checking out. 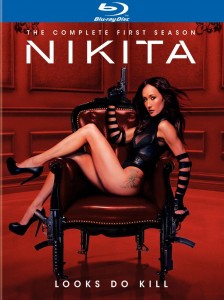 NIKITA: THE COMPLETE FIRST SEASON – The action series is coming back for another season in the fall and hopefully will do a better job of actually getting to a point with the series rather than just doing a Nikita takes out one of the organizations operations each week. But with the uber hot Maggie Q and the equally hot Lyndsy Fonseca as her partner in domestic anti-terrorism, it is worth checking out when it returns. Now you can catch up on what you missed with this set featuring all 22 episodes from the first season along with three featurettes and a pretty cool featurette on Blu-ray. 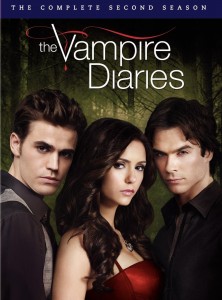 THE VAMPIRE DIARIES: THE COMPLETE SECOND SEASON – Vampires are the new black. They come in a variety of sizes and shapes and different mythologies and vulnerabilities. This is no different. Presented in both Blu-ray and on DVD, the set includes all 22 episodes 5 discs and includes three featurettes on the making of the series, unaired scenes, audio commentaries and much more. Worth getting if you are fan or want to jump into the series and see what you missed in the last season. 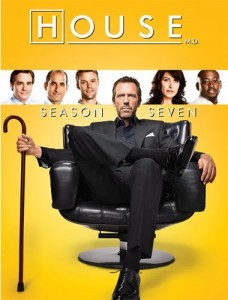 HOUSE: SEASON SEVEN – Ole cranky House is back for another season coming up on Fox beginning this Fall and it may be the last one (depending upon what you read). So make sure you get your fix now and in the fall because soon you won’t have any new episodes to tide you over. Luckily, the seventh season is here for posterity. All of the episodes are included here in one handy package so you  renew what you’ve already seen or catch up on lost episodes. 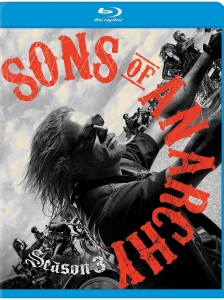 SONS OF ANARCHY: SEASON THREE – The fan favorite series is returning for the fourth season in the fall and here’s your chance to catch up on what you missed in the third season. All 13 episodes are included here with commentaries, gag reel, extended episodes and deleted scenes. It is offered in both DVD and Blu-ray format. 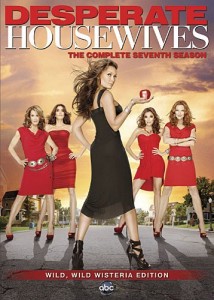 DESPERATE HOUSEWIVES: THE COMPLETE SEVENTH SEASON – Now that we know that the final season of DESPERATE HOUSEWIVES is going to be this upcoming season, I guess for some fans it is bittersweet and for others that gave up on the show a long time ago perhaps a sense of relief that maybe they didn’t miss out on something that was that special to them after all. Anyway, I’m sure there are some fans that are going to miss the show and missed the prior season and want to catch up to watch the final moments of the women of the show. This is your chance. 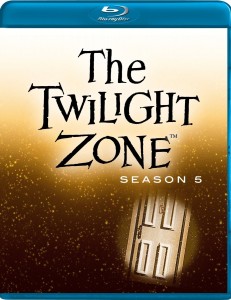 THE TWILIGHT ZONE: SEASON 5 – The fifth season of the popular series makes its debut on Blu-ray with another 36 episodes of the fifth dimension. Submitted for your approval, there are 20 new audio commentaries included here from film historians and experts on the series. Plus there are some other good stuff from the legacy DVD featurettes. So if you have been waiting for another set of this series, here is your chance.

DETROIT 1-8-7: SEASON ONE – Not sure why this is being called “Season One” as the show won’t be coming back on ABC. But whatever, I guess someone is holding out hope that it may have a chance sometime in the future. Regardless, if you were one of the fans of the show and want to re-watch the show from the beginning, here’s your chance. The DVD set includes all 18 episodes from the show on four discs.