Home » Interview: Malcolm McDowell on the 40th Anniversary of A CLOCKWORK ORANGE

Interview: Malcolm McDowell on the 40th Anniversary of A CLOCKWORK ORANGE 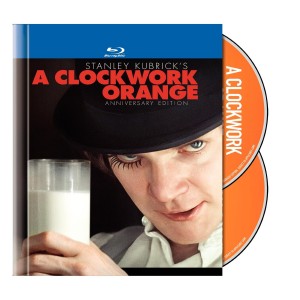 In 1971, director Stanley Kubrick created a whole new filmic language with his controversial adaptation of the Anthony Burgess novel A CLOCKWORK ORANGE.

A slightly futuristic satire on free will, the film starred Malcolm McDowell as the ultra-violent Alex, a wayward youth who finds a thrill in empty acts of sex and violence. When he’s sentenced to prison for murder, he’s enlisted into a new government program designed to curb his anti-social tendencies, but the after effects transform Alex from villain to unlikely anti-hero.

A CLOCKWORK ORANGE has remained a polarizing film for decades and the new two-disc Blu-ray edition offers an exquisite new high-definition transfer as well as various special features including a look on the film’s cultural impact, a featurette on McDowell, commentary and much more. The film is also part of a Blu-ray box set of Stanley Kubrick.

McDowell himself also recently sat down for a candid discussion about the film and working with the late, great Kubrick. Here’s what the actor had to say.

TAKE 1
On the 40th Anniversary of A CLOCKWORK ORANGE …
“It’s like some long, lost member of the family and occasionally there are anniversaries,” says McDowell. “This is the big one because it’s 40 years. I hope I’m around for the 50th. “It’s hard to be concise about it, because it’s such an extraordinary film in many ways. And when I was making the film, it was a very different feeling than I have now. When I was making it, I knew it was good. I knew the work was really good, but I didn’t know how good. I certainly didn’t realize it was going to iconic in status. It’s become bigger than any of us. 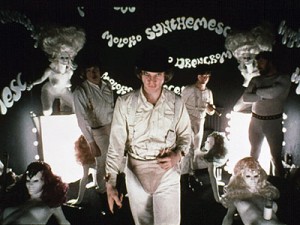 TAKE 2
On the Anthony Burgess novel …
“It’s Burgess’s masterwork,” says McDowell. “It’s an incredible work and of course Kubrick was the right man to make it into an incredible film. The book is so dense in a way, you really needed a brilliant editor to get what it’s really about. I think Stanley did an incredible job.”

TAKE 3
On how the film wasn’t perceived correctly when it was first released …
“As far as I was concerned, we made a wonderful black comedy,” says McDowell. “When it came out, I was shocked and rather pissed that the audience didn’t get the humor. This is the difference between the audiences then and now. If you see it now, which I have done a few years ago, the audiences are on every single laugh. The look and the message is so overwhelming. No movie looked like this movie before. Nothing had looked like this. It was revolutionary when it first came out. Now, everybody from Madonna to David Bowie copies it.” 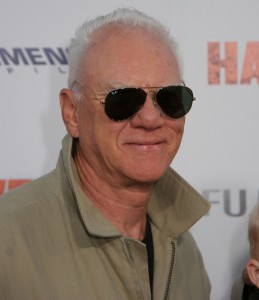 TAKE 4
On the development of the iconic scene where Alex violently assaults a husband and wife in their house while singing “Singin’ in the Rain” …
“It was an improv,” admits McDowell. “As written, the gang gets in the house, kicks the old man down the stairs and takes the bottle of booze and throws them out the window. That’s it, and I’m like, ‘that’s so lame. We can’t do it.’ Stanley knew it. We had been trying to figure out that scene for five days. The camera had not turned for five days. So every time I came early in the morning, they would change the furniture. Stanley thought if they changed the furniture some magic would happen and of course it didn’t. On the fifth day, I was getting really board and he said, ‘can you dance.? And I said, ‘can I dance…’ and I did ‘Singin’ in the Rain’ as a humorous joke, but of course it was perfect for the scene.” 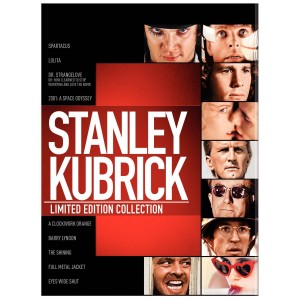 TAKE 5
On how prophetic A CLOCKWORK ORANGE ultimately became …
“It’s very political in many ways, social and futuristic,” says McDowell. “Well, it was futuristic, but not anymore. One can say that everything it said has come true in terms of gangs, drugs and violence. In the book, nobody is on the streets at night because they’re home watching TV. If you go to downtown L.A. when there’s an AMERICAN IDOL night, you don’t see anyone on the street. And there’s the dichotomy of making the anti-hero an immoral man. That’s what makes it interesting. You are sucked into this and it’s infectious. Anyone who loves life, you have to sort of go along with it. The fact is, he’s a murderer. What’s so brilliant about the book and the film, is [the notion of] ‘what’s worse.’ Is it worse having Big Brother, the government taking away our freedoms? That really boils it down. The movie is about the freedom of man to choose.”