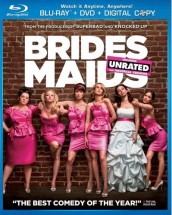 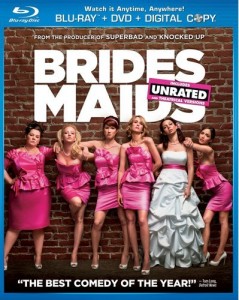 BRIDESMAIDS – Now, I would not go as far as to say that BRIDESMAIDS is a chick flick. It is in a lot of ways. But it is also a pretty funny comedy. Kristen Wiig is good in the lead role but I gotta be honest gets to be annoying after a while because she is so selfish and ridiculous at times. But mostly it is all good. Wiig is the Maid of Honor at her best friend’s wedding (played by Maya Rudolph). But everything she schedules for the events of the wedding go horribly wrong. She plans a dinner at a Mexican restaurant that gives them all the runs, she has a terrible dress fitting adventure and she gets drugged on a flight to Vegas that goes from bad to worse. Add this a very rich other friend that seems to do everything right and is in competition with her and you get the idea. They called this the female version of THE HANGOVER. I wouldn’t go that far. It is funny and has its gross-out moments but nothing like that of the other film. Still worth checking out for sure and females will love it. 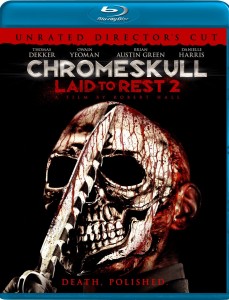 CHROMESKULL: LAID TO REST 2 – The original LAID TO REST was a brutal movie about a dude in a chromeskull that was hunting some random chick for some random reason in the middle of a Midwest town. Of course, he took out virtually everyone around him on his way to getting to the chick but that’s what we expect from a film such as this. This picks up literally right where the first one left off and gets weirder by bringing in some organization that is helping Chromeskull kill all these women and video tape it. We don’t get a lot of answers as to why this organization is helping him or why he is videotaping them but what we do get is a whole slew of brutal, nasty and vicious deaths that are gore-a-rific and bloody spectacular. So, while the plot isn’t anything special, stay for the gore indeed. 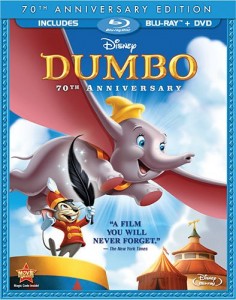 DUMBO: 75TH ANNIVERSARY EDITION – The classic Disney tale is back and for the first time offered up on Blu-ray and for the first time in a long time restored using cutting edge technology to give it a new high definition coating. The subject matter has interesting gotten some flack recently because it involves not only an elephant but a flying elephant in a circus where he is ostracized for being able to fly and an outsider. I guess people can criticize classics if they want but how they can not acknowledge the beauty of the film and what it meant to thousands of people is beyond me. So if you want a crisp looking version of the classic, here’s your chance.

AFTER DARK ORIGINALS: 51 – The renowned Area 51 gets the After Dark treatment. Unfortunately, it also gets the SyFy Channel treatment where it originally debuted. Luckily, it has a pretty good cast with Rachel Miner, Vanessa Branch and Bruce Boxleitner which helps this tale about a group of aliens that try to escape their imprisonment at the famous facility. What results is a full blown descent into terror. Not bad for what it is. 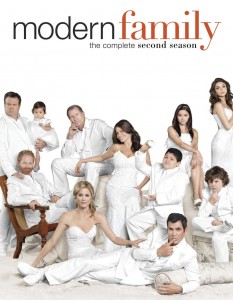 MODERN FAMILY: THE COMPLETE SECOND SEASON – Maybe the funniest sitcom on TV right now featuring a whole bunch of different families with different problems and different interests and cultures and styles. The DVD/Blu-ray set is full of cool stuff in addition to the 24 episodes included such as extended scenes, deleted scenes, gag reel, music videos, family interviews that were deleted, 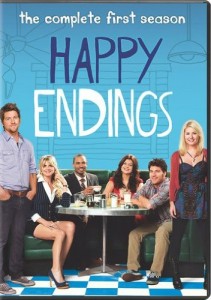 HAPPY ENDINGS: THE COMPLETE FIRST SEASON – I love Elisha Cuthbert. Since her first few seasons on 24 I have been following her everywhere she goes. I wouldn’t call myself a stalker so much as I would an admirer. Really, I’m not a stalker, I swear! Regardless, her first foray into sitcoms isn’t a bad one. While this series might seem like a sitcom about a massage parlor, it isn’t. It has to do with a group of friends that have a couple among the friends split up but they are still friends with each of them causing chaos and tribulations among the group. It has its funny moments and if you need another sitcom in your life this might be alright when it comes back this fall. 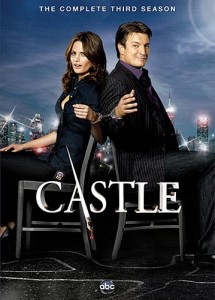 CASTLE: THE COMPLETE THIRD SEASON – You gotta love Nathan Fillion. Not only is he a hero to every geek, nerd and dork out in the world (as well as the Whedonverse), he can do a popular mainstream television show that appeals to the masses as well. CASTLE is still going strong with the fourth season coming up soon on ABC. Here’s the third season packed with all 22 episodes from the previous season. So it is an excellent time to refresh what you have already seen or catch up on what you missed in case you have not seen any of the prior episodes. 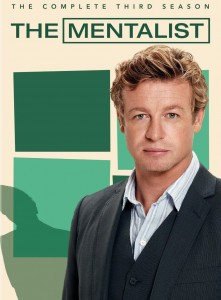 THE MENTALIST: THE COMPLETE THIRD SEASON – Simon Baker has made a definite comeback from some of his previous stints on television where his series crashed and burned within the first six to nine episodes. Luckily, he got cast on THE MENTALIST playing a dude that solves crime using his mind and humor rather than any real science or anything else.  Now just in time for the season premiere of the fourth season, you can catch up on what you missed and get a couple of cool featurettes that are included on the DVD set. 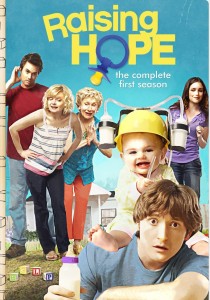 RAISING HOPE: SEASON ONE – The unlikely sitcom to make it past one season. Why unlikely? Because it’s on Fox the one network that has a habit of cutting everything short and off at the knees before it can get going. This is actually a pretty amusing show about a one night stand that becomes a lifelong thing once two people get pregnant and give birth to Hope. Now they must put aside all of their previous hopes and dreams in order to raise a child that they did not really consider having. As the second season gears up this fall, here’s your chance to catch up on what you missed.