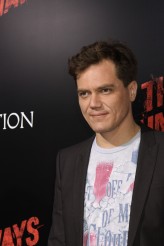 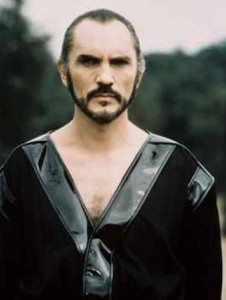 Now that the heroes have almost all been cast for the new Superman movie reboot MAN OF STEEL (which is what Warner Bros. is now officially calling the film ), it’s time to move on to casting the villains.

SUPER PUNCH helmer Zack Snyder is in the director’s chair for MAN OF STEEL while BATMAN reboot director Christopher Nolan is in the producer’s chair and provided the story with David S. Goyer (who is scripting the film).

“Zod is not only one of Superman’s most formidable enemies, but one of the most significant because he has insights into Superman that others don’t,” explains Snyder in today’s press release. “Michael is a powerful actor who can project both the intelligence and the malice of the character, making him perfect for the role.”

Henry Cavill is the new Superman/Clark Kent in the reboot which will start fresh – ignoring what’s come before in the previous five films, most notably 2006’s SUPERMAN RETURNS which adhered closely to the world previously created in the Richard Donner directed SUPERMAN films.