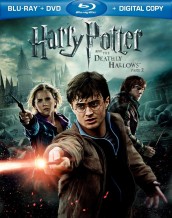 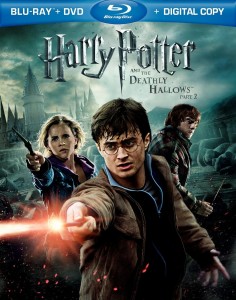 HARRY POTTER AND THE DEATHLY HALLOWS – PART 2 – How do you end a franchise that has given so much to not just young children but to the general public as well? With a bang. A big bang with a ton of action, suspense and a fitting end that wraps up all the plotlines from the previous movies in one nice bow. HARRY POTTER will go down as how to do a book franchise right and how not to screw around with your product and give the public a whole bunch of nonsense that no one wants (take a clue George Lucas). Of course, the final epic battle between Voldemort (Ralph Fiennes) and Harry (Daniel Radcliff) is what brings everyone to the table but it is the relationship between Herminone (Emma Watson) and Ron (Rupert Grint), the big reveal of Snape (Alan Rickman), the bravery of Longbottom (Matthew Lewis) and much more that really gives this final segment the moment every fan has been waiting 10 years for. 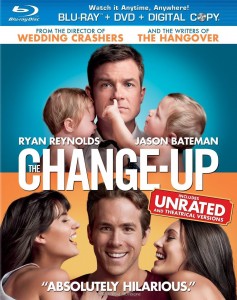 THE CHANGE-UP – Since FREAKY FRIDAY and BIG, the adult-swapping craze has come in many forms with teens being swapped with adults, adults swapping with other adults and so on. This one has Jason Bateman as the uptight family man being swapped with the party womanizing Ryan Reynolds. With a slew of gross out gags and some typical but funny situations involving the now swapped duo it is definitely worth checking out especially given the week is very comedy-starved and Reynolds and Batemen are good in the roles as is Olivia Wild and Alan Arkin in support. 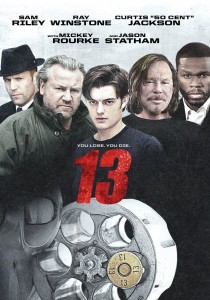 13 – You’ve seen probably every competition under the sun visualized on the big or small screen but maybe not something as odd as this. Russian roulette. Yep, that’s right. Two men enter, one gun, one bullet, only one man leaves. Call it stupid Thunderdome. The funny thing is that people bet on this like it is some sort of a sport. When a dude down on his luck finds no other way to garner money he falls into this so-called competition and indeed they made a move about it. Has a bunch of stars too including Mickey Rourke, Jason Statham, 50 Cent, Ray Winstone and more. 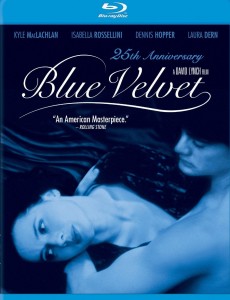 BLUE VELVET – “I’ll f*** anything that moves!” No crazier quote from Frank (Dennis Hopper) can sum up this bizarre classic from the head honcho of bizarre in David Lynch in the debut BLUE VELVET on Blu-ray. The cool thing here is that for the first time, Lynch has included more than 50 minutes of deleted scenes from the film for its 25th anniversary. The other cool thing is that Lynch did the transfer and color correction to high definition himself (well, he at least supervised it), meaning that his vision remains intact. 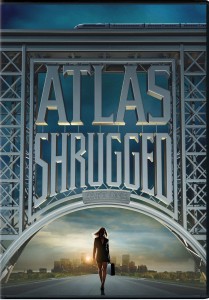 ATLAS SHRUGGED: PART 1 – Some interesting ideas that resonate with what’s happening today in terms of the economy and corporate infrastructures trying to gain an upper hand. The classic novel from Ayn Rand comes to life in this first installment of a planned trilogy of films in this tale of something odd happening globally as workers disappear and millionaires go on strike. Yeah, that’s right. A different take on the government’s control over business and what people are doing right now in terms of lobbying against big business. 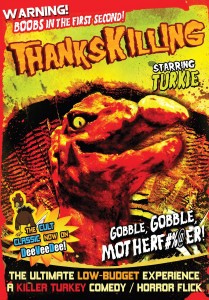 THANKSKILLING – The classic video comedy/horror comes to DVD for the first time and it’s “gobble, gobble motherf*****” as this foulmouthed, blood-thirsty turkey doesn’t like to be messed with … OK, it doesn’t like anyone and goes about killing everyone in its path. Look, this doesn’t make any bones about being what it is – a low-budget, so-bad it’s good comedy that’s completely over-the-top and stupid but that’s what’s fun about it. Play it at Thanksgiving and have a great laugh.

ALLEGED – An interesting tale about a small town newspaper owner that gets wrapped up in the media circus surrounding a huge trial. Interesting because it focuses on the newspaperman’s desire to impress his mentor that works for a much larger city paper assigned to the trial for coverage. Now, he must make a decision whether to follow his journalistic nature or make a story rather than report one. 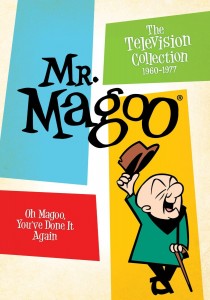 MR. MAGOO: THE TELEVISION COLLECTION, 1960-1977 – I loved Mr. Magoo when I was a kid because of the zany antics he always got himself into and out of continually. Now, normally an elderly man with terrible eyesight may not make the best fare for cartoons but it worked because it was just hilarious. Now, the entire collection of animated stories and shorts are included here from the television series in one set. Well worth it for the nostalgia factor and if you have kids that will enjoy a similar type humor.

Article Source: Assignment X
Article: Blu-ray and DVD Picks of the Week Including HARRY POTTER AND THE DEATHLY HALLOWS – PART 2