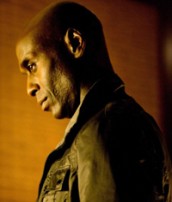 After refusing to believe her visions of Peter were real, Olivia finally sees that light (or universe)

Olivia (Anna Torv) is beginning to believe on FRINGE.

Beginning to believe that the visions she is having of Peter (Joshua Jackson) and what he is telling her is actually the truth and not just lies made up from her subconscious. At the beginning of the season, the Olivia from our universe had been replaced by the alternate version from the other universe. Dark Walter (John Noble) then went about brainwashing Olivia in order to get her to believe she was the Olivia from the alternate universe.

At least for a while. But she began to see visions of Peter talking to her about not being in the right place and that Olivia needed to come back to her. She’s also had other visions as well that have made impressions on her but she’s tried to pass them off.

The only problem with this is that Dark Walter, or Walternate, is on to her and tries to see if she will show or expose any cracks in her armor by putting her in a sensory deprivation tank similar to the one in our universe where she teleports back to our universe. The first time, Olivia admits that something strange happened, something she wasn’t familiar with. But the second time is when we get the path off – after Peter kept telling her over and over to come home – she believes she is in the wrong place. And after teleporting a second time, tells Walternate and the others that nothing happened, “I saw black.” Clearly, a lie. Clearly, she’s believing.

While the plot of this weeks’ alternate universe “monster of the week” was a bit lame – involving twin brothers one of which was encased in quarantine amber as the result of an anomaly – it served its purpose in allowing Olivia the means to figure out that she didn’t belong there and is the catalyst for what I assume will be her eventual return to “over here” (as opposed to “over there”).

I enjoyed the parts with Olivia and the realization she had about Peter and her place but the whole storyline that involved the over there Fringe team was just too muddled that it dragged down a bit of the main mythology of the show.

Breaking News: New PEE-WEE HERMAN movie will be a road picture
TV Review: THE WALKING DEAD – Season 3 – “Welcome to the Tombs” – Seas...
Movie Review: THE GIRL IN THE SPIDER’S WEB
Stephen Moyer on executive producing FLACK and starring on THE GIFTED ...