Home » The X List: THE TWILIGHT SAGA: ECLIPSE is one of the DVD Picks for the week of November 3, 2010 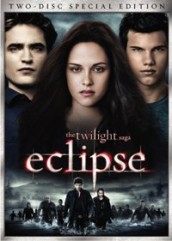 New this week: KNIGHT AND DAY, THE SORCERER’S APPRENTICE, FANTASIA and more

THE TWILIGHT SAGA: ECLIPSE – Obviously, this is the biggest title of the week. Regardless of what anyone 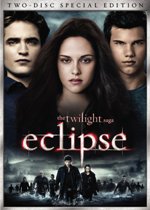 thinks of the film itself or its legacy among vampire lore, the ravenous tweens and soccer moms are going to rush out and buy it or have you buy it and put it under the tree for the holidays. The third installment of Stephenie Meyer’s tale of Bella Swan (Kristen Stewart) as once again she must decide between her undead love, Edward Cullen (Robert Pattinson), and her “friend” Jacob (Taylor Lautner). With an evil vampiress looking for revenge the danger is at a fever pitch, or at least, that’s what we are told to believe.

THE SORCERER’S APPRENTICE – Yeah, Nicolas Cage pretty much plays himself in every film now, but sometimes it works and despite his lousy long locks this film is saved by the turn of Dave (Jay Baruchel) as the fumbling, bumbling, stumbling apprentice that finds his way to defeat the evil Horvath (Alfred Molina) and Morgana (Alice Krige). The real winner here is the special effects as they are top notch and some of the magical battles are very well done. Maybe not something worth gathering dust in your collection, but worth a watch once or twice. 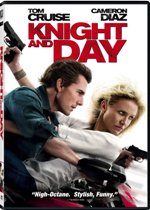 KNIGHT AND DAY – A modern try at combining two things American viewers love: action movies and rom-coms. It works to a point. Cruise has always pulled off the action hero very well from his MISSION: IMPOSSIBLE films to MINORITY REPORT and he does a serviceable job here as well. Cameron Diaz, who has not aged well and continues to look weathered each and every new film she stars in, is also decent as the damsel in distress caught up in high speed chases and a hail of bullets.

FANTASIA/FANTASIA 2000 – Piggybacked with Disney’s full motion version in THE SORCERER’S APPRENTICE, both films have been remastered using modern technology to provide the best possible viewing experience. Kids that haven’t seen it will get a kick out of the songs and animation while those that grew up on it will enjoy seeing a new version with new sets of bonus features, new commentaries and more. 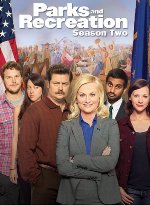 PARKS AND RECREATION – SEASON TWO – The under-appreciated and very funny “spin-off” from THE OFFICE was shelved unfairly until the mid-season, but here’s your chance to catch up on what you are missing when it returns in the winter. With THE OFFICE losing Steve Carell next year, this may be the series that takes the ball and runs with it.