Home » The Dork Side: ‘Tis the season to get ranty 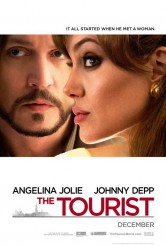 The Dork Side: ‘Tis the season to get ranty

Is THE TOURIST a comedy? JWoww wrote a dating book? Arggg!

There were so many things that made me rant-y this week that I couldn’t pick just one. Consider it your holiday gift from me to you, dear readers. 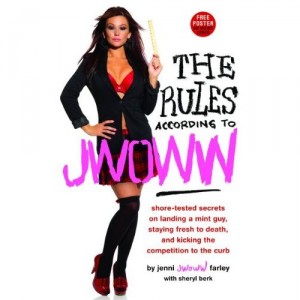 JWoww's dating book: The perfect holiday gift for someone you hate.

• Umm, is THE TOURIST a musical? I see it’s nominated for the Golden Globe for Best Motion Picture – Comedy or Musical. Is someone actually claiming THE TOURIST is a comedy? Well, the joke is on you if you paid $11 to see it.

• It’s common knowledge that teenage girls are getting knocked up in the hopes that they will get to star on an MTV show about pregnant teenage girls, right?

• Ryan Reynolds and Scarlett Johansson have filed for divorce. That was too much good looking for one couple anyway. Their union was selfish.

Is THE TOURIST a comedy or a musical?

• I was really disappointed that the episode of SARAH PALIN’S ALASKA featuring Kate Gosselin didn’t end in a bear mauling. I thought I read somewhere that bears are bitchetarians.

• Did you know that DESPERATE HOUSEWIVES is still on? Me neither.

• Michael C. Hall and Jennifer Carpenter, who play siblings on DEXTER, are divorcing. Shall we place bets on which one of them starts dating the guy that plays their father?

• Jon Favreau is not going to be directing IRON MAN 3, which has the nerdosphere all worked up into a tizzy. Calm down, everyone! It’s going to be OK. I think you need to sit down and watch IRON MAN 2 again. You will see that this is a good thing.

• A&E canceled THE HASSELHOFFS after only two weeks. They realized that they already had a show like that, it’s called INTERVENTION.