Home » The X List: The Ten Most Underrated THE BEATLES Songs You Must Download NOW from iTunes 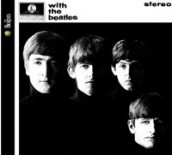 © Apple Corps
The Beatles - WITH THE BEATLES
Columns

“Happiness Is A Warm Gun” and "Revolution" top the list

It’s highly unlikely you haven’t heard most of the Beatles catalog at least once in your lifetime, but now that iTunes and the band have reached an agreement, the Fab Four’s output is now available ala carte on the popular music service.

Purists will stick with the full album experience (be it download, LPs, cassettes or CDs), but most people will actually enjoy the option to pick and choose their favorites.

Of course, there’s more to The Beatles than “Yesterday” and “Can’t Buy Me Love,” so AX has come up with ten underrated Beatles tracks you must download – now that you have the option to do so legally.

“Happiness is a Warm Gun” – from THE WHITE ALBUM
It’s three different songs crammed into one (and clocking in at a brief 2:44), plus the chorus, the fade-out or whatever you call it here is thoroughly addicting.

“Baby’s in Black” – from BEATLES FOR SALE
A simple, early Beatles rock cut – lush harmonies and a great hook.

“I Need You” – from HELP! soundtrack
The sonic experimentation the group was starting to wrestle with on Help! mesh perfectly with this infectious song of longing.

“Dig A Pony” – from LET IT BE
LET IT BE was the last Beatles album released (though not recorded), and they were exploring longer jams and blues, with this track really rising to the top and showcasing that even as they were falling apart, they still could make great music together.

“Day Tripper” – PAST MASTERS, VOL. 2
This one is pretty familiar, but because it was released as a single (and not on a specific album), it was relegated to the PAST MASTERS compilations. A great tune, with a definite ‘60s vibe, plus it has that awesome thumping guitar hook slinking throughout.

“Revolution” – PAST MASTERS, VOL. 2
Nike ruined the song with its inclusion on their commercials in the 1980s, but we now take the song back, in its original single version, my preferred version to “Revolution 1” (too slow) and “Revolution 9” (too weird) off THE WHITE ALBUM. Love the fuzzy guitar. This is by far my favorite song to play on ROCK BAND: THE BEATLES.

“She Said She Said” – REVOLVER
Every alternative band under the sun has done a cover of this (which proves its timelessness), but the Beatles version still out-indies all those imitators. It reminds you of how damn good these Liverpool boys were.

“You Really Got A Hold On Me” – WITH THE BEATLES
I would be remiss, to not include one of the Beatles numerous (and exceptional covers). Here they take the Smokey Robinson classic and make it their own.

“I Want You (She’s So Heavy)” – ABBEY ROAD
More awesome Beatles blues with their seven-minute plus jam sounding like a drug-fueled excursion into madness (which is why the object of affection of the song is driving the singer mad from longing). The extended solo section mid-song is mind-blowing.

“In My Life” – RUBBER SOUL
Okay, so here’s another one that’s somewhat familiar, but it must be included, because it’s an absolutely perfect, timeless song (even with the harpsichord solo). And how can you not be affected by these lyrics which serve as a perfect coda to this AX List. “There are places I remember/all my life/though some have changed/some forever/not for better/some have gone/and some remain.”

Tags: Abbey Road, Baby's in Black, Beatles for Sale, Day Tripper, Dig a Pony, George Harrison, Happiness Is A Warm Gun, Help!, I Need You, I Want You (She's So Heavy), In My Life, John Lennon, Let it Be, Past Masters, Paul MCartney, Revolution, Ringo Starr, Rubber Soul, She Said She Said, The Beatles, White Album, You Really Got A Hold on Me, itunes