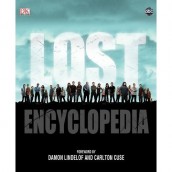 THE FALL, KILL THE DEAD, LOST ENCYCLOPEDIA and THE WAR FOR LATE NIGHT top our own bestseller list 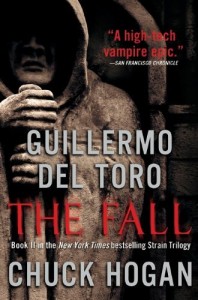 THE FALL  – by Guillermo Del Toro and Chuck Hogan

Suggested Retail Price: $26.99
What is It? Book Two of Del Toro and Hogan’s vampire trilogy saga which started with THE STRAIN as a vampire virus strikes New York and threatens to stretch across the globe in two months if it isn’t stopped.
Cool Yule Factor: Highly addictive as the imaginative filmmaker blends his cinematic worlds into novel form with ample assist from Hogan.
CLICK HERE to purchase 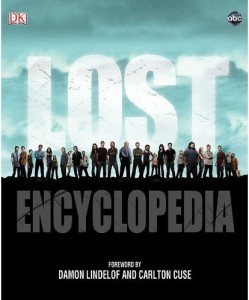 Suggested Retail Price: $45.00
What is It? At 400 pages, this provides everything you wanted to know about the LOST TV series and more with amazing photos and a geek’s paradise worth of useless trivia and Easter eggs. I’m sure there’s stuff in here that even the die-hards didn’t know about.
Cool Yule Factor: This is fully licensed with the cooperation of all the important powers that be including the show’s executive producers Damon Lindelof and Carlton Cuse who provide the Forward.
CLICK HERE to purchase 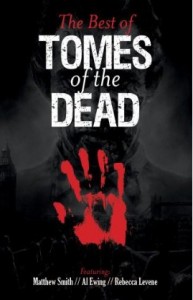 THE BEST OF TOMES OF THE DEAD

Suggested Retail Price: $12.99
What is It? Which is more terrifying the Guillermo Del Toro vampire apocalypse of THE STRAIN trilogy or the zombie apocalypse comprising the three novels (from the popular TOMES OF THE DEAD series)  by authors Matthew Smith, Al Ewing and Rebecca Levene? We’ll give it an even draw.
Cool Yule Factor: The stories are incredibly eclectic and feature: “The Words of Their Roaring” focuses on the zombie riddled London streets, “I, Zombie” is about a John Doe ten years dead who kills people for a price and “Anno Mortis” about zombies in ancient Rome.
CLICK HERE to purchase 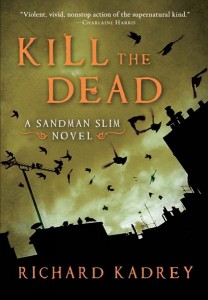 KILL THE DEAD: A SANDMAN SLIM novel by Richard Kadrey

Suggested Retail Price: $22.99
What is It? Sandman Slim crawls out of Hell and into his second novel as he becomes a Los Angeles bounty hunter who takes Lucifer on as a client.
Cool Yule Factor: Humor and horror go hand-in-hand with this original novel series that is screaming for a Hollywood adaptation.
CLICK HERE to purchase 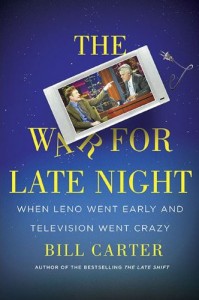 THE WAR FOR LATE NIGHT: WHEN LENO WENT EARLY AND TELEVISION WENT CRAZY by Bill Carter

Suggested Retail Price: $26.95
What is It? This is the unlikely sequel to Carter’s THE LATE SHIFT (which chronicled Jay Leno and David Letterman’s battle for THE TONIGHT SHOW). Who knew there would be a follow-up as the new book  chronicles the recent battle for late night with Conan O’Brien taking over THE TONIGHT SHOW from Leno and having it taken back from him and given back to Leno!!! It’s so crazy, it sounds like fiction. Carter sheds even more light on the heavily documented battle that happened earlier this year.
Cool Yule Factor: Just another reason why NBC should reconsider putting Jay Leno out to pasture.
CLICK HERE to purchase