Home » Holiday Gift Guide 2010: Five Awesome Music CDs You Can Crank Up to 11

©2010 Sony Music
Bruce Springsteen - THE PROMISE: THE DARKNESS ON THE EDGE OF TOWN story
Columns

Holiday Gift Guide 2010: Five Awesome Music CDs You Can Crank Up to 11 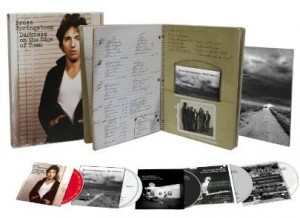 Bruce Springsteen - THE PROMISE: THE DARKNESS ON THE EDGE OF TOWN story | ©2010 Sony Music

THE PROMISE: THE DARKNESS ON THE EDGE OF TOWN STORY by Bruce Springsteen and the E. Street Band

Suggested Retail Price: $119.98
What is It? Three CDs and three DVDs chronicling the music Bruce Springsteen made leading up to DARKNESS ON THE EDGE OF TOWN. After his breakthrough BORN TO RUN, the Boss was incredibly prolific and recorded endless songs that were abandoned. THE PROMISE 2-CD set makes up 21 of these tracks (all great and should have been released prior to this) while the remastered DARKNESS is also included here.
Cool Yule Factor: The DVDs include a documentary featuring exhaustive footage from the DARKNESS sessions and it’s very revealing. Throw in some concert footage and you have the ultimate Springsteen set for fans of this era and beyond.
CLICK HERE to purchase 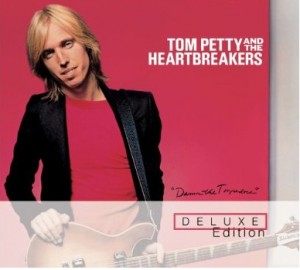 DAMN THE TORPEDOES special edition by Tom Petty and the

Suggested Retail Price: $29.98
What is It? It’s about time that Tom Petty’s classic recordings were remastered and given the deluxe treatment with bonus tracks and more. After the poor charting performance of his first two releases (though not in quality) a lot was riding on 1979’s DAMN THE TORPEDOES and he and his band The Heartbreakers delivered a perfect nine-track album featuring such timeless hits as “Refugee,” “Even the Losers,” “Don’t Do Me Like That” and “Here Comes My Girl.”
Cool Yule Factor: While the bonus disc of unreleased material features the excellent and previously released B-side “Casa Dega” and “It’s Rainin’ Again,” the finds here are the previously long-lost cuts “Nowhere” and “Surrender” (a reworked version appeared on the band’s Greatest Hits collection a few years ago). Throw in some live tracks, a demo of “Casa Dega” that’s just as good as the released version and an alternate take for “Refugee” and you can see clearly why Tom Petty & the Heartbreakers have survived for well over 30 years.
CLICK HERE to purchase 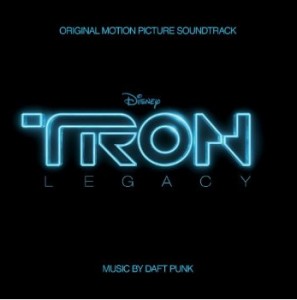 Suggested Retail Price: $13.98
What is It? The soundtrack to the anxiously awaited sequel to the 1982 cult classic film.
Cool Yule Factor: The techno beats meshed with the orchestral backing makes this one of the coolest soundtracks all year. It sounds like a long lost John Carpenter/Alan Howarth score from the mid-1980s – but with state-of-the-art 2010 equipment. It’s awesome, through and through.
CLICK HERE to purchase 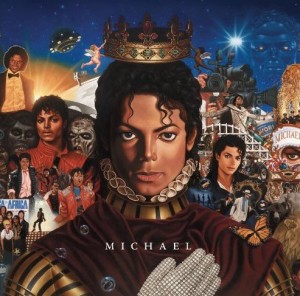 Suggested Retail Price: $13.98
What is It? Ten previously unreleased tracks (some reworked by top producers) from the late, lamented King of Pop. No matter what anybody feels about these ten tracks, the sheer notion of new Jackson music getting out there is going to cause a feeding frenzy from the public and for the price of a meal at McDonald’s, this set is a perfect stocking stuffer for any Michael fan.
Cool Yule Factor: While “Breaking News” is an awful song, “Hold My Hand” holds up Jackson’s musical standards quite well and the rest of the album sounds far better than anything on INVINCIBLE,  his last album of original music. This is going to be a must-have for just about anyone curious to see where Jackson was going and what could have been.
CLICK HERE to purchase 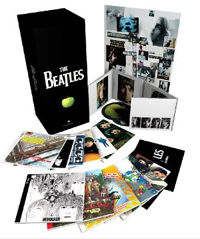 THE BEATLES IN MONO Box Set

THE BEATLES STEREO AND MONO BOX SETS by the Beatles

What is it? Okay, so this was released last year, but now with the Beatles available on iTunes, the price of this box set is really affordable and you get all thirteen of the Beatles albums remastered in one set (this also includes a disc of PAST MASTERS featuring singles and one-offs that weren’t on the U.K. albums).
Cool Yule Factor: The MONO box set, which features the preferred mono mixes by some purists, was the more expensive set last year, but now you can find copies of it for under $130 dollars. Whether it’s stereo or back to mono, you can’t beat the price, which ironically enough is cheaper than downloading all the discs from iTunes (plus you get the nifty box set to boot).
CLICK HERE to buy the Stereo Set
CLICK HERE to buy the Mono set