Home » From the Halls of the 2010 AMERICAN FILM MARKET

From the Halls of the 2010 AMERICAN FILM MARKET

Action is back, horror is on hold and distributors and buyers are looking for new ways to set themselves apart during this week long event

The week-long AMERICAN FILM MARKET just completed its 2010 edition (it ran at the Santa Monica Lowes Hotel from November 3 to November 10) as distributors met with domestic and foreign buyers to buy, sell and pre-sell a whole assortment of action, horror, comedies and dramas.

The quality of the products always varies, but the market is a great barometer of what trends in independent filmmaking are waning and rising.

ASSIGNMENT X checked out the halls for a couple of days to get the scoop this year, and here’s what some people had to say about the state of the industry and what buyers are currently looking for.

Bigfoot Entertainment made the leap into domestic distribution this year, and CEO Kacy Andrews spoke with us about the company’s long term goals.

ASSIGNMENT X: What are people looking for this year?

KACY ANDREWS: Action is back. Almost everybody that comes in talks about action. They seem to be gravitating toward the action film we have DEEP GOLD. They’re looking for something fresh, and unusual. Our action film has a lot of underwater sequences. It’s shot in the Philippines and it has a unique look and people have responded well to our trailer.

AX: How big do you plan to expand, now that you’ve launched your distribution arm of the company?

ANDREWS: We will be doing Domestic distribution, theatrical and home video as well as our foreign sales arm. We’re looking for product to acquire – anywhere from four to 12 films next year to go both theatrically as well as home video. We’re looking mostly for thrillers, action and horror. We’re also considering certain types of films that have big casts, especially one’s that are going to go theatrical. That’s our sort of criteria. We’re also here at AFM representing 15 of our films. We’ve had lots of great meetings, and lots of great hires. 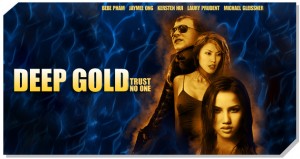 AX: Everybody is getting on the 3-D bandwagon, but is there a demand for it in foreign markets?

ANDREWS: We’ve had a few buyers, but not everybody. Only a handful of buyers are interested in 3-D. Actually, we are going to put out a 3D conversion of DEEP GOLD, but not in the U.S. market.

AX: When someone says the name “Bigfoot Entertainment” what do you want them to think?

ANDREWS: I think we’re producer friendly. I think that was one of the main reasons we got into distribution. I am a producer and a lot of my team have come from a producing background and we were tired of being taken advantage of by the distributors and not seeing the money back and we found a niche that needed to be filled. I think we will be producer friendly, easy to work with and fair and hopefully very, very successful. Not just for us, but for our partners.

KEEPING AN EYE ON OSIRIS

Osiris Entertainment has only been around for a little over a year, but it’s already making an impact with its eclectic films and its producer friendly attitude. We spoke with CEO Evan Crooke about the company’s mission statement and why it’s so hard to make independent films noawadays.

EVAN CROOKE: I created the company about sixteen months ago and we have a library of about 500 plus films. We’ve gone from 1 film to three films a month. We have about 125 accounts nationwide including Wal-mart, Netflix, Dish Network and the list goes on. We’ve done deals with Showtime and Chiller. We’ve done deals with Time/Warner VOD and deals with lots of different aggregators like iTunes and the list goes on. Our belief is to find the best films we can find and find the producers who want to collaborate with us and then try to distribute those films in every single bucket and medium we can. We also want to facilitate our producers by keeping them in the loop as to what’s happening with their film. One of the biggest problems I had as a producer, and still do today, with distributions, filmmakers are not communicated with well enough. They are not informed well enough and not accounted to accurately or all of the above. Osiris was built out of desperation and an opportunity I saw and a way to make things better and a way to make our own pipeline.

AX: Is it hard to make money off of independent films anymore? 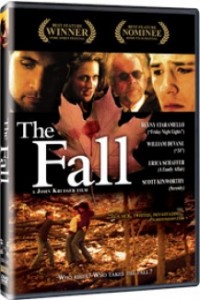 CROOKE: Ten years ago, there were four slices of pizza. Today, instead of four slices, you have 12, hypothetically. Now you have all these buckets to sell in and it devalues the value of the film. You have so much product and so many ways to get the product out there that cable networks like Showtime, Cinemax and Starz are not going to pay you what they were paying years ago, if they know the same film is offered on Hulu and other places. So the competition is driving the price down and these multiple buckets have made it harder. And you add piracy to it and it’s a difficult challenge. On the flip side of it, it’s given the tools to empower filmmakers and get the power back under their control. It gives a way to voice who we are as independents. The studios don’t have any power over that and it’s a chance to maybe be recognized with the consumer. Those are positive things, but it has made it harder and the idea of the markets like this at this price level and so on, will only hurt itself if it keeps going this way.

AX: What’s doing well for you this year?

CROOKE: In the foreign market, you have two tiers. One, where you have very big films with big casts. That you can have family, comedy or dramas. If you don’t have big casts in them, they’re much harder to sell. On the lower tiers, you can have a great horror film like PELT or HANGMAN and you can have erotic material and sci-fi and action on the low end without talent. Those have been the same for awhile. What has changed is that the foreign market is looking for more documentaries. They’re more prevalent today than they were before. Not just a niche in the U.S., but people wanting them in other countries which is good. I think the need for documentaries has increased, because indirectly it’s related to the whole reality stuff. The more reality shows and the more reality product continues to grow, the documentary market will need to grow.

Leo Grillo is an actor and producer and recently formed ANIMALS ARE PEOPLE TOO, a company designed to spotlight animal-themed projects. He spoke with us about the company and the current status of ZYZZYX ROAD which is still awaiting a DVD release. 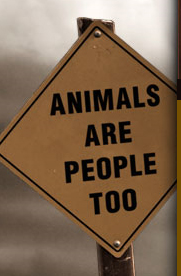 AX: Your company is more niche than others, in that you’re focusing on animal-themed projects.

LEO GRILLO: Yes, we specialize in animal features and animal related features in all genres and not just documentaries. Thrillers, action, horror, family. As long as the subject matter educates the world to the plights of animals, we’re interested. And we’re doing it through entertainment, as opposed to doing it through a documentary that some people might not watch.

GRILLO: It’s directed by John Penney and it’s the story of a lady who passes away and meets her childhood dog on the other side. She’s left behind a ten-year old daughter and a husband who have been grieving for her and she asks her childhood dog to help her husband and daughter.

AX: What happened with the other film you did with John Penney – ZYZZYX ROAD. It came out briefly in theaters, but it’s never been on DVD.

GRILLO: While I was working on a new film called MAGIC, I forgot to set up a domestic deal for ZYZZYX ROAD. I thought, “Oh well, we’ll get to it.” I forgot about it. I came home one weekend and got a message that said, “you have to do a SAG screening.” When you make a modified low budget contract, you have to do a screening. When you do a screening, it’s only for SAG. It’s not an official release. We decided to do one through my foreign sales agents. They said, “we own a theater in Dallas. It’s February, it’s cold, it’s the middle of the winter. We’ll satisfy SAG, we’ll have a little ad in the paper, we’ll show it every day at 11:00. No one will know it’s in theaters.” So I came home – someone picked up the theatrical grosses. “ZYZZYX ROAD made $30.” That’s six tickets.

A reporter said to me,“You know, you are the lowest grossing movie since they began keeping records. How do you feel about that?” It wasn’t a screening, but it’s an even bigger record than you think. Six tickets were sold, but I had to give two of the people $10 bucks back, they were on my own crew. ZYZZYX ROAD has never been released domestically. The thing is still alive. One day, when we have a release, I’m going to call it, “The first real release of ZYZZYX ROAD.” People were saying it has GREY’S ANATOMY star Katherine Heigl in it, but it only has six tickets, it must be really stinky, but Katherine says it was one of the most challenging acting movies she’s been in in her entire life. Tom [Sizemore who is in the film] says ZYZZYX ROAD is one of his top three movies.”

CLICK HERE for more information about ANIMALS ARE PEOPLE TOO