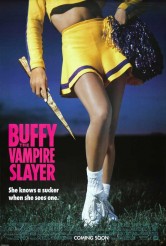 We were all horrified yesterday when Warner Bros. announced they were going to do a big-screen reboot of BUFFY THE VAMPIRE SLAYER.

Being major fans of the Joss Whedon-created TV series, and with him having no involvement in the project, it’s clear there’s more nightmare announcements ahead that will send us fans screaming under the bed until this horrible nightmare is over.

Did we mention the script is being written by newbie screenwriter Whit Anderson – she used to be an actress! 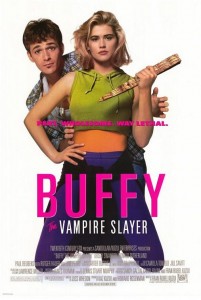 However, there are a few things to be grateful for. First of all, considering Warner Bros. is involved and not 20th Century Fox (who I suspect owns story elements generated from the TV show), this new movie will likely be a reboot of the original Joss Whedon penned movie script. That likely (and remember, I just said likely) means no Angel, Xander, Willow, Giles or Spike. At least we’ll be spared Zac Efron as Angel.

However, no matter how you slice it, unless Whedon is brought back into the mix, this is going to be a disaster no matter how the studio spins that this is good for the general public (and not for die-hard fans).

So, to prepare for the worst, ASSIGNMENT X has come up with a list of five more horrible things to prepare yourself for in the coming months if this reboot gets traction past the script stage and actually gets a greenlight.

That’s where things are going to get really nasty. You can see the headlines on www.Deadline.com now – “MILEY CYRUS STAKING OUT BUFFY!” You know the producers will be going after vacuous tween stars and TV lightweights who wouldn’t know comic timing if it stepped on them. It’s going to get ugly. And GOSSIP GIRL bad seed Taylor Momsen is out of a job, and you know she’ll be on some executives short list somewhere as a potential Buffy too!

Yes, believe it. If it’s a reboot, and a DARK KNIGHT producer is involved, don’t you think they’re going to take the movie into a darker direction? Forget the cheeky dialogue and dry humor – this will be serious. Way too serious. Buffy will kick ass. She will not make jokes. She will not be a cheerleader. She will be like every other bland action hero out there – except she’ll look good in a short skirt (we hope she’ll wear a skirt). 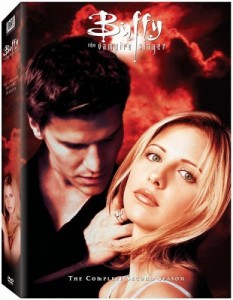 If there is a need to crib from the TV show (and it will probably cost them some money to nab any characters from the 20th Century Fox owned show), it will likely be Angel. Hence, we’ll get tall, dark and brooding vampire vs. slayer action in the Edward and Bella mode. It’s obvious someone was sitting in an office somewhere going, “we need the next TWILIGHT. Get it now!” And then someone else said, “why don’t we just remake BUFFY?”

Like Christopher Nolan’s Batman and James Bond, Buffy will likely have a Watcher who will also be some Q-like gadget man. The gadgets will be unbearbaly complex and silly. Buffy will no longer be staking, she’ll be shooting crossbow holy water balloons and wielding crosses with knife blades coming out of the bottom. Please stake me now.

Expect that phrase to be thrown around a lot by the studio and the filmmakers to throw everyone off the scent of how bad this is going to be. The producers want a whole new audience, they don’t care about us. They want a reboot. Just like James Bond, Batman and Spider-man have been rebooted, Buffy will be too and be damned the loyal audience that made it a success in the first place. However, even with those reboots, people complain. People bitch. People say they will never, ever see the new actor replacing the old actor. Yet, the moment the trailers come out, the moment the buzz starts happening, we’ll all be curious to see what travesty they’ve made of a ground-breaking franchise and be lining up like lemmings. It’s a shame. It won’t be for the fans but we can all secretly hope they don’t screw it up. I’ll give the producers a chance to wow me, but without the creative guiding force of Joss Whedon behind-the-scenes, it’s going to be a tough sell.

In the end, Joss Whedon said it all in an excerpt from his statement yesterday.

“I always hoped that Buffy would live on even after my death,” says Whedon. “But, you know, AFTER.”